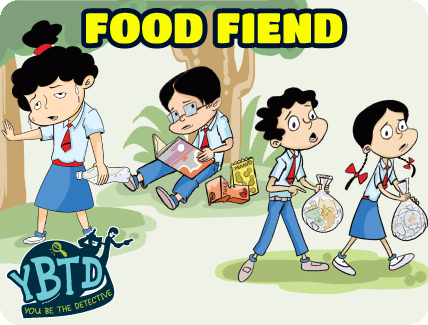 The recess bell rang and Baruni dashed out of the classroom with her lunch bag. Her mother had packed a cheese and cucumber sandwich, a packet of peanuts, a bottle of soft drink, and some cut fruits. Baruni couldn’t wait to feast on these treats!

But just as she set foot on the playground, she tripped and fell with a loud THUD. Groaning and sitting up in pain, she realized that her shoelaces had come undone. Muttering to herself, Baruni retied her laces and straightened up. But another surprise was waiting for her… her lunch bag was gone!

Baruni alerted Mr. Wadhan, the teacher who was on recess duty on the playground. After speaking to her and determining who was closest to Baruni when she fell, Mr. Wadhan rounded up four suspects. 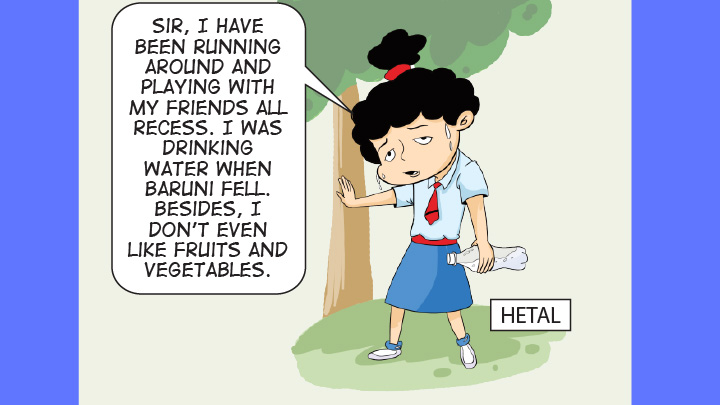 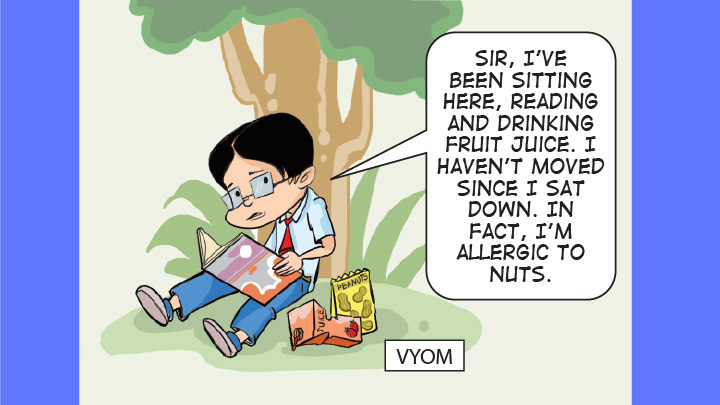 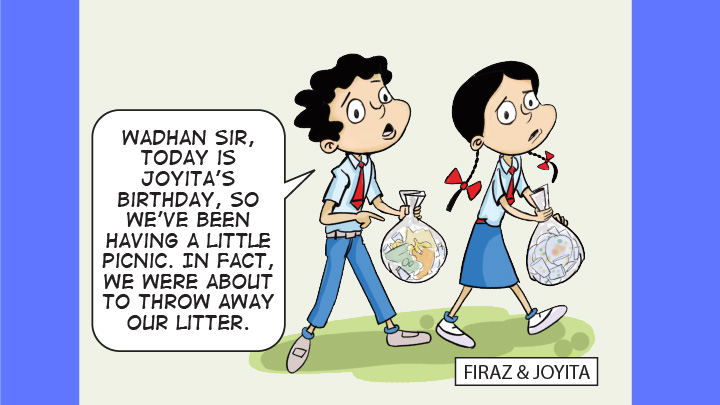 Mr. Wadhan thought deeply for a few minutes. Then he said, “One of you is being dishonest and I will question you further to determine the truth. Please own up right away!”

Whom does Mr. Wadhan need to question further and why?

Vyom is being dishonest. Despite claiming to be allergic to nuts, he has a packet of nuts with him. It’s possible he stole it from Baruni’s lunch bag and Mr. Wadhan needs to question him further to get to the truth.