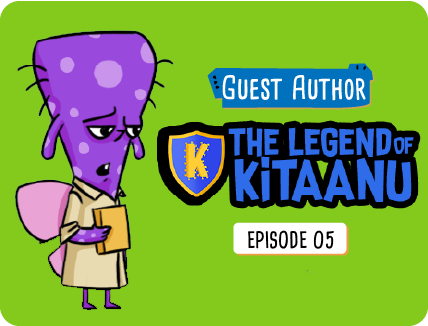 If you’re not familiar with the story so far, start here, at the beginning of the series. In Chapter 4, Kitaanu discovers his love for hand sanitizer. Read on to find out what happens next.

Just as he was about to investigate the happy lotion, someone rudely picked him up by his antenna. He heard a shriek before being let go. Kitaanu dreaded looking back, as he had recognized the voice. It was the instructor!

But why did he shriek? He slowly turned around and froze. The instructor’s hand seemed pale and as stiff as a board. Just then, the other moskids settled on different surfaces and looked at him, and the instructor, in shock.

Aware of the many young, prying eyes on him, the instructor rose to his feet, despite the stiffness. Everyone was ordered out of the room, in a line, and into the school bus. All this while, he stood in front of Kitaanu, as if shielding him from his classmates… or was it the other way around? 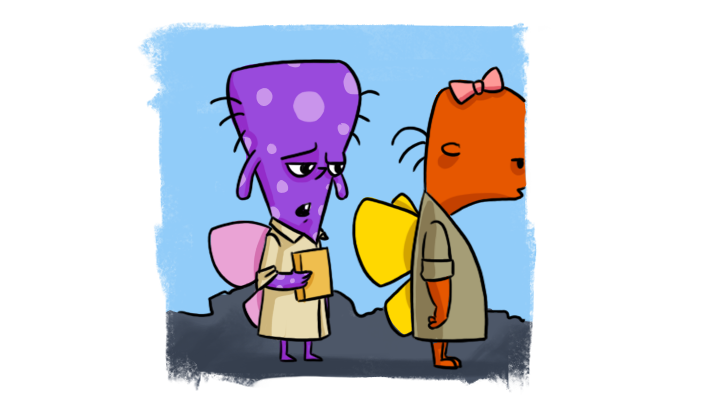 Rogaanu, the last moskid in the line, sensed something was terribly wrong, but he felt too timid to dare press Kitaanu for details.

The instructor pulled out a fancy, cordless phone and typed a message. A phone? Was he a big shot? Common moskits were not allowed to own a phone in Annukulpuram.

Before his mind could start grappling with fearful thoughts, a hissing sound brought him back to reality.

A brown jeep was standing down the corridor. The instruction to Kitaanu was clear—“Fly towards the jeep, as slowly as you can.” Kitaanu felt a piece of stick jab his wing bud, forcing him to move. Surely, breaking away from the group to explore the human school was not such a serious crime, was it? For the first time in his life, Kitaanu felt nervous.

Will Kitaanu be punished for wandering off on his own? Find out in chapter 6 of The Legend of Kitaanu!