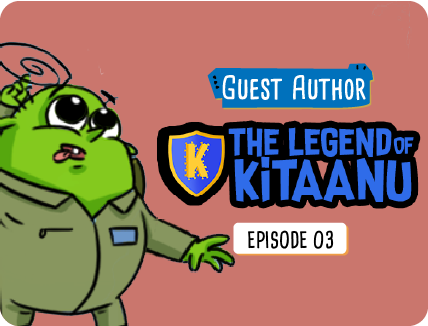 If you’re not familiar with the story so far, start here, at the beginning of the series. In Chapter 2, Maharaj Yatoosh learns about his potential successor to the throne. Read on to find out more about this mysterious one.

The moskid stood in front of a mirror as he gelled his spiralled antennae. His olive green wings served as a beautiful contrast to his light green body. His two tooth grin grew wider. So did his puppy-dog eyes. He straightened his jumpsuit, in which he looked like a mini air force moskit. 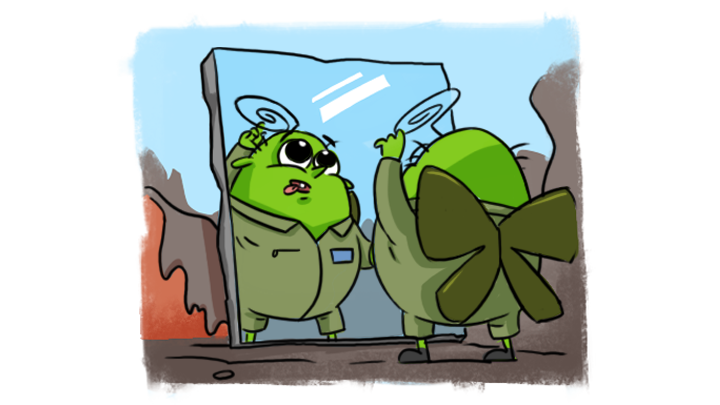 Kitaanu’s recent obsession was telling any moskid he could get hold of that he was five weeks old. Five was a big number. He had been living at the orphanage for as long as he could remember and he longed to embark on the next phase of his life’s journey.

It was the last day of school. Unlike human school, the moskids had basic school only for two weeks, which they joined after turning three. Kitaanu found the curriculum to be strange. He didn’t see any point in waking up early and bathing in muddy water to learn it all. Besides, the teacher moskits remained unimpressed with him. When they instructed them to bite a human’s hairy leg, he chose to feast on their fleshy bum. Instead of irritating them with constant buzzing, he was caught tickling them.

On the contrary, Rogaanu, his best friend, was the instructor’s favourite. While in the classroom, Rogaanu’s pursed lips and narrow eyes never responded to Kitaanu’s glares and nudges. But that day, with a toothless grin pasted on his face, he was busy combing his straight-as-a-knitting needle antennae. His violet body and pale pink wings looked extra muddy in a collared shirt that day.

It was the grand finale—a visit to a human school. Precisely why the moskids were rejoicing. And, unknown to him, Kitaanu’s life was about to turn around completely. A surprise awaited him at the human school.

What happens next? Find out in chapter 4 of The Legend of Kitaanu!