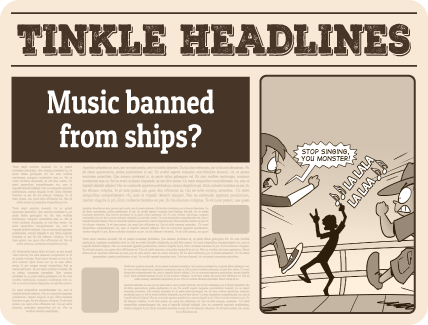 ARABIAN SEA: There’s mayhem in the high seas after news emerged that music is now banned on ships. You read that right, folks. If you get on a ship now, you will not hear music on board.

Reports of this ban come after a music lover was viciously attacked on a cruise ship that set sail from Tinkle Town recently. “I was just minding my own business on the deck, listening to my favourite songs on my headphones, and singing and dancing along. That’s when someone yelled, ‘Stop singing, you monster!’ And then two figures, claiming to be detectives, jumped on me and gave me the fright of my life!” 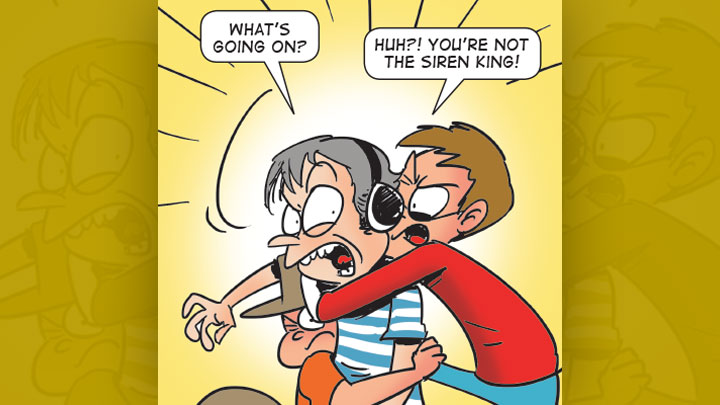 Eyewitness accounts then say that a third figure showed up, claiming to be an agent from the TIA, a super secret spy agency. It seems that secret agents are enforcing this ban on music quite strictly on all ships, even resorting to violence.

“I feel really bummed out,” says another passenger. “I wanted to enjoy a relaxing cruise with my favourite tunes and food. But like you’re saying, if they are banning music on the ship, what’s the point of my holiday?!”

However, a third passenger has rubbished all these claims. Identifying herself as Samhita ‘Sam’ Pillai, she says, “Ban on music? Ha! Who told you this nonsense? The two ‘detectives’ you are talking about is my brother Ravi and his best friend Rahul. They aren’t called the Defective Detectives for nothing, you know.”

So why is the cruise ship overrun with spies and detectives? To this question, Samhita had no answer. She chose, instead, to dash off, saying she needed to “check on something.” Something is exceedingly suspicious in this matter indeed. For the full story, check out Tinkle 783 W2 right now!