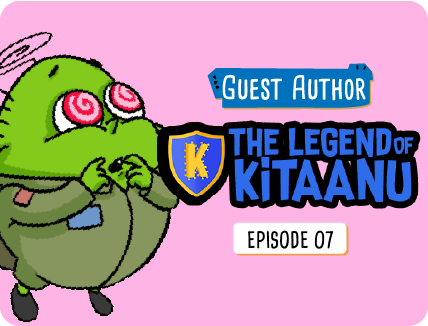 If you’re not familiar with the story so far, start here, at the beginning of the series. In Chapter 6, Kitaanu’s instructor asks him if he remembers the slogan that the moskits of Annukulpuram live by. Read on to find out what happens next.

“Contaminate, Confuse and Choke,” revealed the instructor, running out of patience, all the while maintaining a two moskit-distance from Kitaanu.

Kitaanu was confused. Was he stinking? He sneakily tried to sniff the stink of his slimy body. He registered a wide range of scents—fruity, sugary, citrusy, and bubblegummy. Of course, he knew what bubblegum tasted like! He had once licked a pale pink one that some moskit had discarded under a table, near his orphanage. Afternoon playtime with Rogaanu often led to such discoveries.

But Kitaanu had no time to daydream, because he was suddenly seated in a brown jeep. It was dented, with the brown paint chipping off to show hints of yellow. It was the first time he had sat in one. The driver wore a stained, red turban, and a murky, brown jacket which had a black insect drawn on it.

Annukulpuram’s workforce was divided into two corps—boffin and trooper. Boffins were brainy moskits who went on to become scientists. The trooper corps consisted of physically fit moskits who could become soldiers—providing security to the king and guarding the kingdom’s borders. The disease brigade was a subunit of the troopers, consisting of moskits whose bite could cause viral fever in humans. After five weeks of fun and frolic that basic schooling was, graduating moskids had to choose one of these corps. They were then trained accordingly.

The car stopped at a strange place. Tired of all the action, Kitaanu had fallen fast asleep. But the sudden jerk woke him up. Had he slept throughout what perhaps was the car ride of his lifetime? What spicy details would he share with Rogaanu now? Two tall moskit guards opened the door for him. He climbed out nervously. What he saw next drove him wild with amazement! 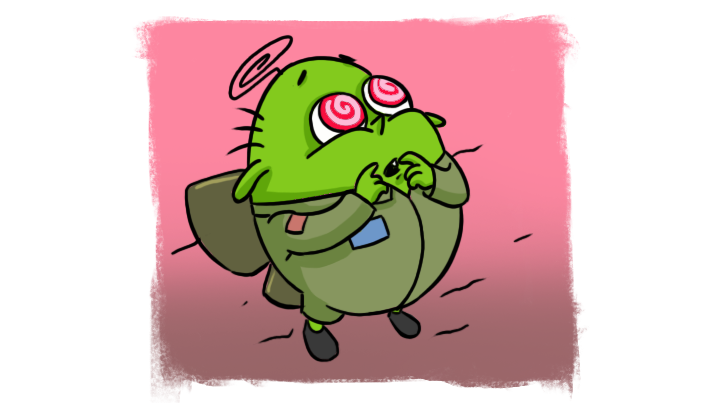 What did Kitaanu see? Find out in chapter 8 of The Legend of Kitaanu!