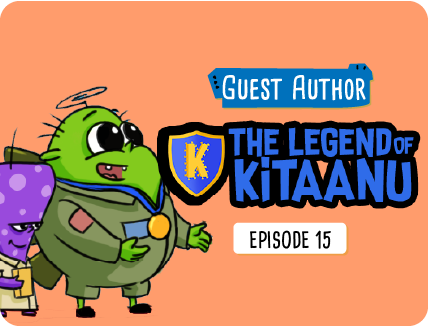 If you’re not familiar with the story so far, start here, at the beginning of the series. In Chapter 14, Kitaanu witnessed the deadly attack on Maharaja Yatoosh. Read on to find out what happens next.

Kitaanu, Rogaanu and Souppaki set in motion their plan. A few diplomats were sent to the other insect, reptile and microbe kingdoms with a proposal for an image makeover. The moskits could not be painted as ugly ninnies to be destroyed using soaps, sanitizers and medicines. The beauty pageant winner moskits applauded this move. Yatoosh had often dismissed their demand for a lovely portrayal in television advertisements of these kingdoms. Their caricatures used to sell anti-mosquito products had been a sore point for ages.

They did take baby steps. A public library was constructed. Authors were encouraged to write about the kingdom’s rich history, and storytelling was made a part of school curriculum. The kingdom needed more hope, Kitaanu thought. He had even introduced yoga for old moskits as a free facility. Air Annukulpuram—the kingdom’s new airline—would run flights to every other kingdom. The only concern was improving relations with them. Maharaja Yatoosh had done considerable damage.

And so, Kitaanu sent invitations to far-flung kingdoms, with an offer of friendship. He wanted to learn more about them. Minister Dhoom arrived with a letter from the kingdom of Parpur. It was from Princess Flutur, daughter of Queen Titli. She was exceedingly intelligent and the same age as Kitaanu. She had a special dislike for pesticides for the harm they caused to butterflies. She had accepted Kitaanu’s offer of friendship and invited him on a tour of her kingdom.

Rogaanu was excited. The first official flight took to the skies.

Parpur was dream-like. Butterflies of every colour fluttered around. Queen Titli and Princess Flutur looked graceful in the sarees that they had chosen to drape. Their crowns were glittery. So were the wings. Kitaanu and Rogaanu became good friends with Princess Flutur and promised regular visits to each other’s kingdoms. An exchange programme was agreed upon. The fashion designer moskits would learn more about silk making, while the painter butterflies would learn how to colour using their proboscises—their tube-like sucking needles. 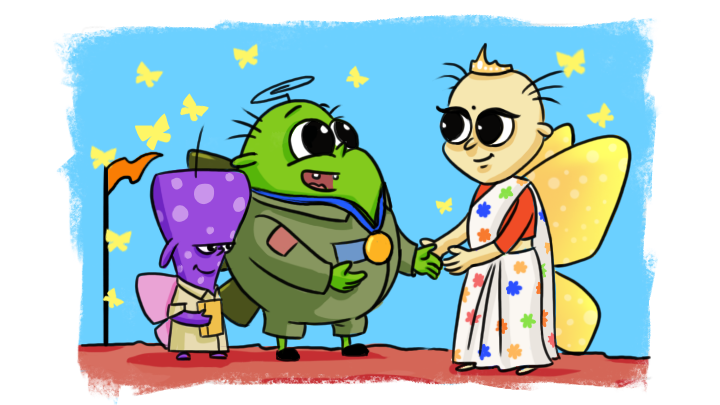 Kitaanu had just come back from the biggest shopping mall in Parpur, having bought a new scented hand sanitizer for himself, when he saw a worried Soupakki waiting beside his car.

Kirumi, sensing Kitaanu’s rising popularity, was suspecting some mischief from enemy kingdoms. Or maybe it was the spies spilling secrets to him. Since his ageing wings could not fly to Parpur, a sealed letter was sent instead.

What mysterious message had Kirumi sent? Find out in Chapter 16 of The Legend of Kitaanu!