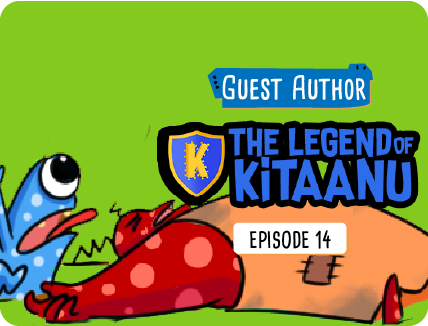 If you’re not familiar with the story so far, start here, at the beginning of the series. In Chapter 13, Kitaanu’s coronation ceremony was in full swing when tragedy struck.

The applause was drowned out by a huge explosion of a liquid near the podium. Even Kitaanu felt its splashes. There were numb faces, droopy limbs, and pale wings all around him. Before he could unfold his wings, a security team gathered around him and took him to safety.

It was a hand sanitizer blast. 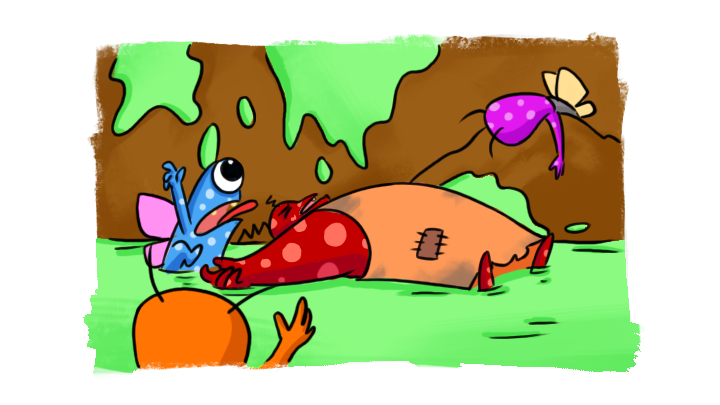 Maharaja Yatoosh was no more. Kitaanu exchanged a knowing look with his royal team. Their worst fear had come true. Thousands of moskits had died, hundreds were badly injured due to the sudden confusion and dozens had been paralyzed.

Rogaanu had escaped unhurt, as he was backstage, managing the arrangements. Kitaanu was back to the official hideout—the clean palace. It was the only place he felt calm in. The palace had seen him grow, after all. He summoned Rogaanu. Yes, summoned. He was king now, they told him. People could only be summoned by Kitaanu, not invited or requested.

Sitting in silence, they took stock of the grim situation, reading the reports sent by the heads of the two corps. A soft knock on the window and Kitaanu’s second confidante, Soupakki, hopped in for a secret meeting.

They had had enough martyrs.

Would Kitaanu be able to recover from the tragic turn of events? Read chapter 15 of The Legend of Kitaanu to find out!