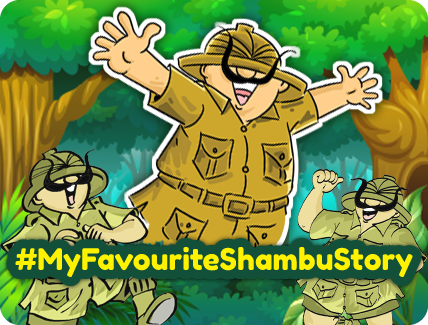 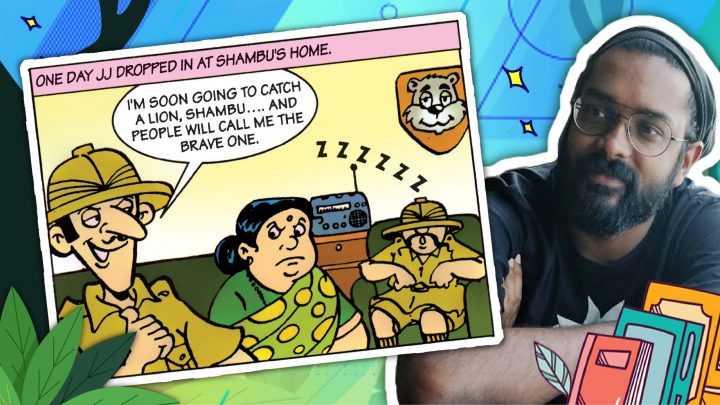 “One of my favourite characters from the Shambu universe is Jeevan ‘JJ’ Jeevantak, Shambu’s arch rival and all-round bad guy. He’s snarky, wily and cunning (a lot like Tantri); he also has the worst luck in the world (again a lot like Tantri)! I always enjoy Shambu stories that feature JJ in it and Lion Lore is one of the best JJ stories there is. The story starts with JJ visiting Shambu at his home, just to tell him how he’s had enough of Shambu’s heroics. Such a JJ thing to do. There, they hear the news of an escaped lion and JJ immediately marks the lion for himself, setting out to capture it immediately. Unlike most Shambu stories, this one actually focuses more on JJ’s exploits and the lion he sets out to capture, with Shambu popping up right at the end to claim credit as always. The part where the lion toys with JJ had me in splits.” 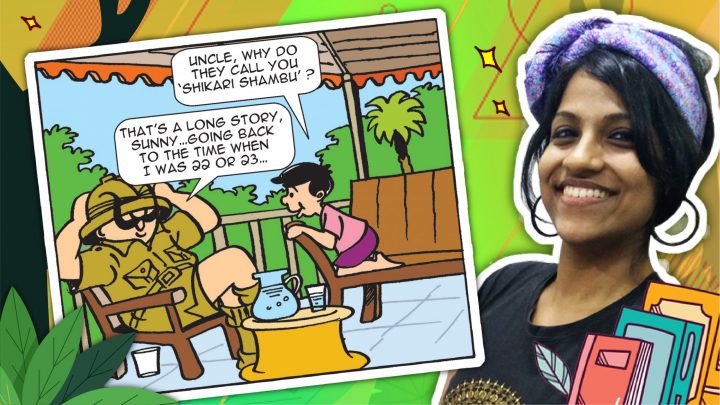 “The Legend of Shikari Shambu is an origin story that reveals how Shambu earned the title of ‘Shikari’ when he has never really been a shikari or hunter. In true Shambu fashion, he unwittingly gets into trouble and then unwittingly gets out of it, saving the day in the process. But if that’s what he’s been doing his whole life, what is special this time round that it gives him an enduring sobriquet? For that, you’ll need to read the story! Savio’s art is, as ever, engaging and delightful. A true surprise is seeing a young Shambu—and he looks nothing like you know him now!” 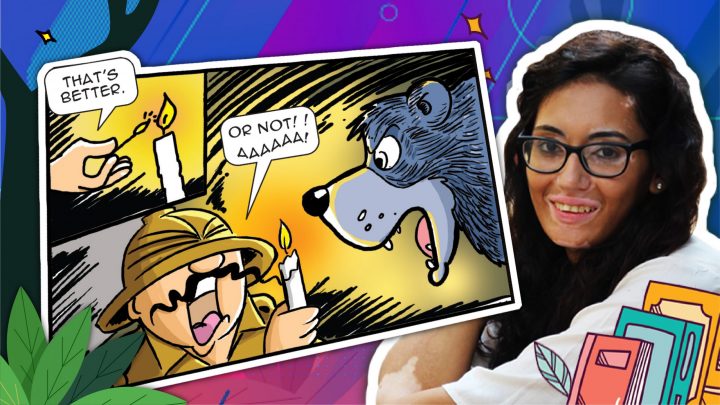 “In Chance Meetings, Shambu loses his way on a stormy night in a forest until he reaches a house in the middle of nowhere. Whatever is inside the house, and whoever owns it, scares Shambu quite a bit. And I like this story because, unlike most Shambu stories I’ve read, it’s a horror story! And I love horror. I also really like the artwork. It’s not funny and cute like Shambu’s other stories. It is a bit scary. So take a look at this story to find out what shakes Shambu up.” 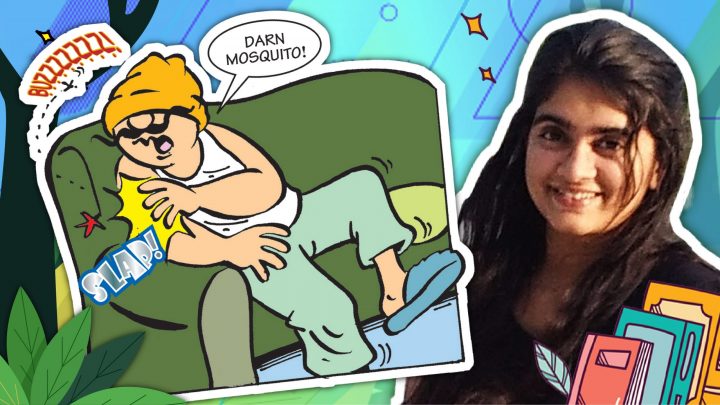 “Shikari Shambu is known to face grave danger and save animals of all kinds, being the brave conservationist that he is. (Ahem). In this story he faces a ginormous, terrifying, blood-sucking threat! Any guesses what it is? A yeti? A dinosaur? No and no. It is a… mosquito! But don’t be fooled by its size, this little guy is packed with power and takes our Shambu on a wild adventure. Which is why Shikari Shambu and the Mosquito is my favourite Shambu story. Oh, did I tell you, Shambu also manages to save the day and be a hero at the end of the story? But, Shambu, mosquito and a hero? How? Well, only one way to find out! Read this fun story with its absolute fun illustrations in Shikari Shambu – 6: On the Run!” 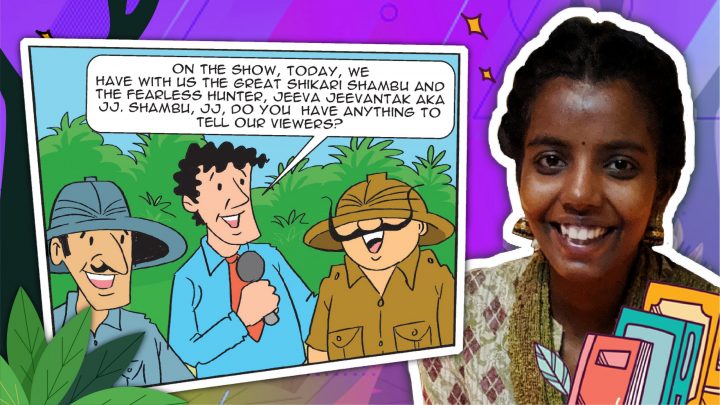 “In Survival of the Fittest, you can see one of Shambu’s earliest rivals, Jeeva Jeevantak aka JJ. JJ. and Shambu are contestants in an entertainment TV show called Survival of the Fittest. (Which Shambu will say he is, but Shanti has other ideas). They both have to win several wild contests and the sole winner will be crowned ‘The Greatest Survivor’. I like this story because it is perfect entertainment packed with laughter, fun, and thrills. You also get to see some beautiful illustrations and lively colors on each page. And not only that, towards the end, there’s an unexpected turn of events with an animal and Shambu that results in…? Read this story to know what!”

Finally, Aditya went with The Case of Strangus Derangus from The Adventures of Little Shambu! 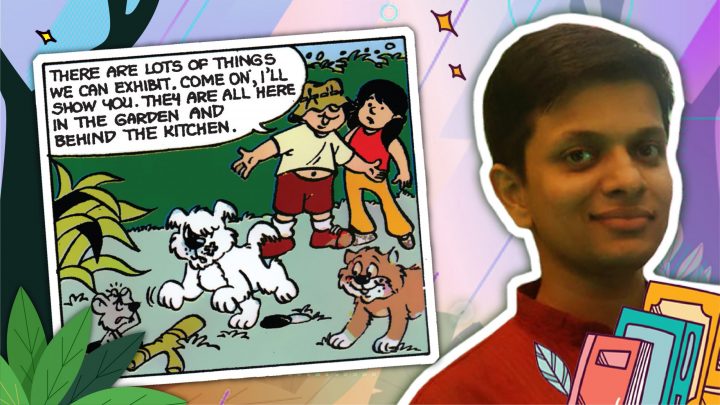 “Little Shanti and little Shambu are on the lookout for something to do to relieve their boredom. Inspired by their pets, Kittu the cat and Dum Dum the dog, they decide to set up a little exhibit of exotic animals and charge their friends an entry fee to look at the exhibits. They end up putting on display a rare Martian Dust Crawler, an endangered Hopper Bopper and the fearsome Strangus Derangus! Where do they find these incredible beasts? Read The Case of Strangus Derangus to find out!”

So, what’s your #FavouriteShambuStory? Is it one of the above? Which Shambu Collection will you be reading next on the Tinkle App?