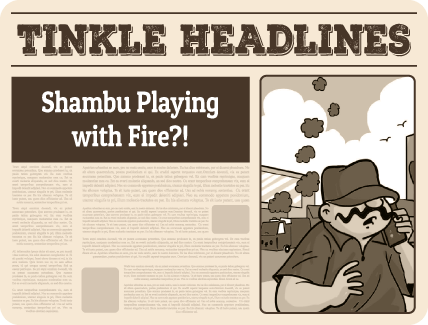 TINKLE TOWN: Shambu, one of Tinkle Town’s most famous residents, is reportedly on the run, along with a fellow worker, after being accused of damaging stock at the candle shop where they were working.

Shambu recently returned to the country after a lengthy world tour only to realize that he had been replaced by his rival, Jeeva Jeevantak, as Tinkle World’s top conservationist. His neighbours have confirmed that he has rarely left his house since his return and has been very upset with how things have turned out. When Shambu’s wife, Shanti, was asked to comment, she said, “My Shambu was going through a difficult time but he wouldn’t hurt a fly! He was just on the lookout for an honest job. I’m sure there’s been some misunderstanding.” 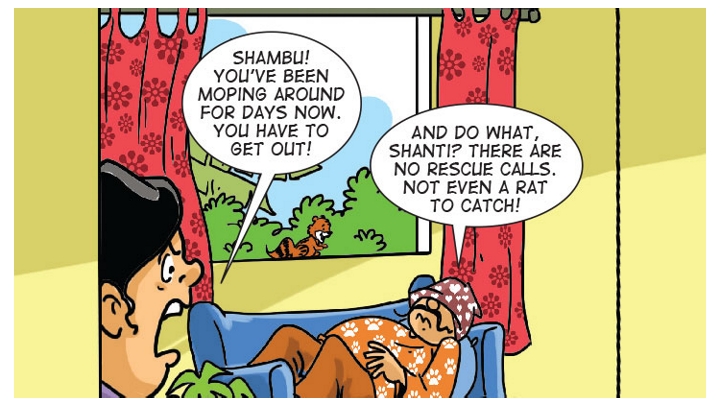 Why would Shambu damage so many candles that he was supposed to sell? Was he attempting to manufacture a candle shortage to be able to later sell the remaining ones at sky-high prices? Who is the mysterious accomplice with whom Shambu was working?

Read Shikari Shambu: Out of Work (Chapter 2: Now Hiring) in Tinkle 782 Week 4 to find out!