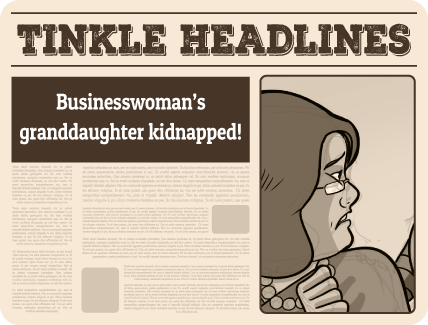 In a tearful interview, Ms. Chhappan detailed her ordeal. “My staff went to her school to pick her up, as usual. Except she never showed up! She was most likely kidnapped from the school premises, right under all the teachers’ noses.” Ms. Chhappan claims to be a self-made billionaire who invented a caller ID app that not just reveals the identity of the caller, but also pinpoints their location. “That’s how I discovered the site of the kidnappers’ hideout, when they called, demanding ransom,” she said. “When I told them I’d reveal their location to the police, they threatened to blow up her up!” 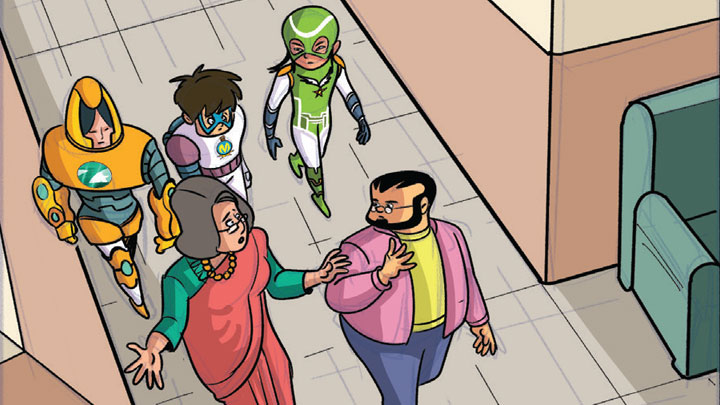 Sources say that Ms. Chhappan will not be seeking the help of the police, but the superhero collective Starlition. The Starlition, comprising WingStar, ZingStar, DroneStar and Mad Mixer, has been in hot water of late for failing to take care of its own members. The question on everybody’s lips is, can they execute this mission successfully? That question will be answered in Tinkle 774 W4.