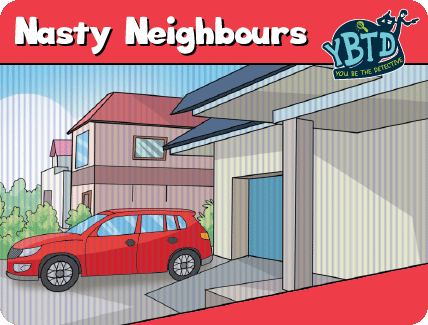 Mr. Carman was furious. His car had been vandalized. There was spray paint all over it, and the paint job to fix it would cost him a fortune. Inspector Shaandar was at the scene and Mr. Carman blurted, “Inspector, please arrest my neighbour, Mr. Walkaround. He has had it out for me ever since we argued about parking space!”

Inspector Shaandar was calm. “Hold on. First, I want to look at the CCTV footage from last night.”

But the CCTV footage from the hours of the crime had been tampered with. Nothing was visible. All Inspector Shaandar could see was one snapshot of the front of the house before the crime, and one after it, with the vandalized car. 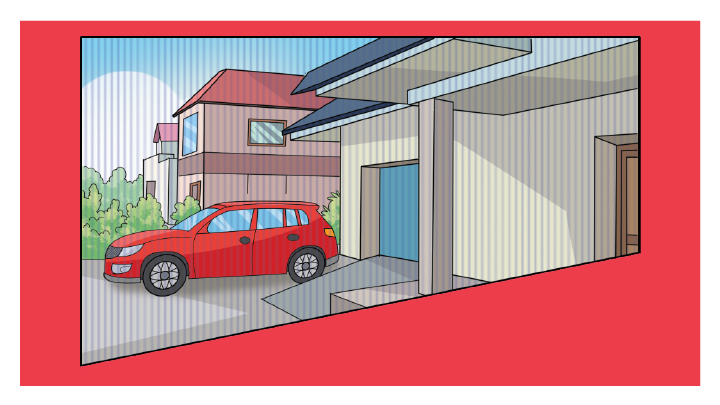 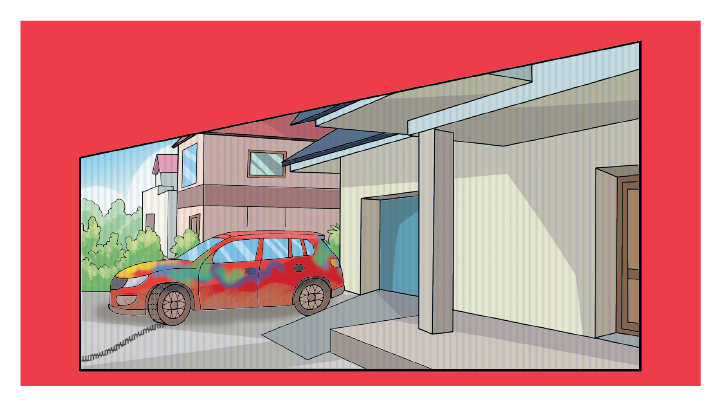 Inspector Shaandar decided to talk to Mr. Carman’s second neighbour, Ms. Takesbus. She seemed nervous, but claimed, “I don’t know anything about this! Nothing, I tell you. These two were fighting about parking around 9 p.m., and then it was dead silent all night. I was
at home, watching TV.”

Inspector Shaandar smiled to herself. The inspector, true to her name, had already figured out who the culprit was!

Who do you think it was and how did the inspector find out?

Mr. Carman faked the entire incident. On comparing the two CCTV images, you can see the front tyres of the car have been turned. The car was driven or moved, and since it was dead silent all night, the alarm did not go off. Only Mr. Carman could have moved his car in this scenario.