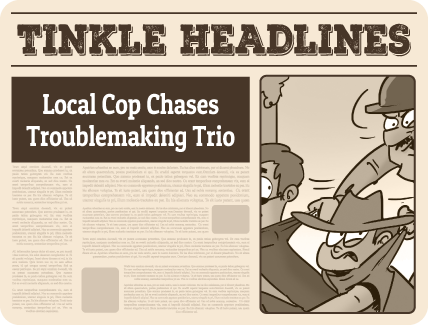 Bandra: Local police inspector I. Inspector, was spotted pursuing three young boys on the streets in heavy traffic. The boys were overheard screaming about deadly robots and video game pirates! 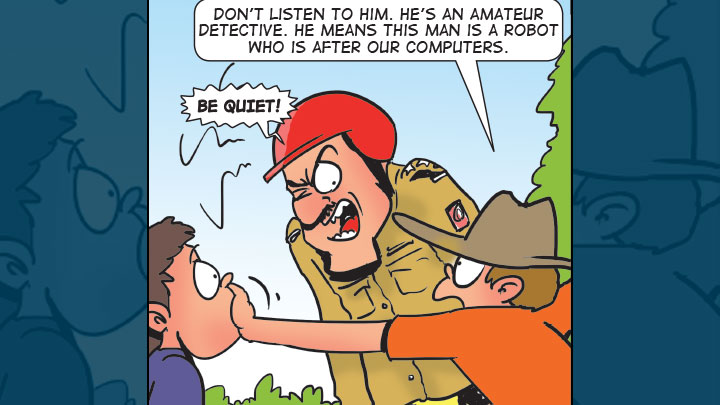 Inspector Inspector has refused to reveal the identity of the boys. However,  he did say that this wasn’t the first time these boys have created a mess. “Usually, it is just two of them. I have launched an investigation to find out more about the third member of this notorious gang,” he said.

Some witnesses claimed to have seen a boy in a red t-shirt and another one in a hat. “I feel safe knowing that the miscreants are being taken care of,” said a witness.

It is commendable that Inspector Inspector managed to catch the boys while also dealing with a crying girl. We could not get more details about the girl except that she was on the scooter with the officer.

Who is the crying girl and why did the local boys say they saw an evil robot in the store? Read Tinkle 778 W3 to find all your answers.