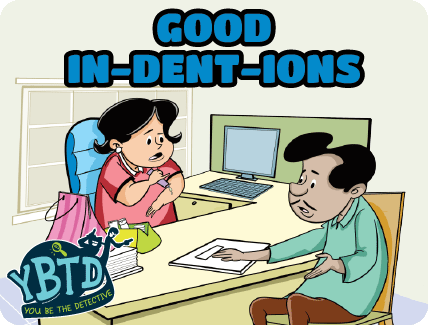 It was a busy day at MonzDonz Insurance company. The weather had been dry lately and Ms. Donna was moisturizing her hands when a new insurance claim came in. 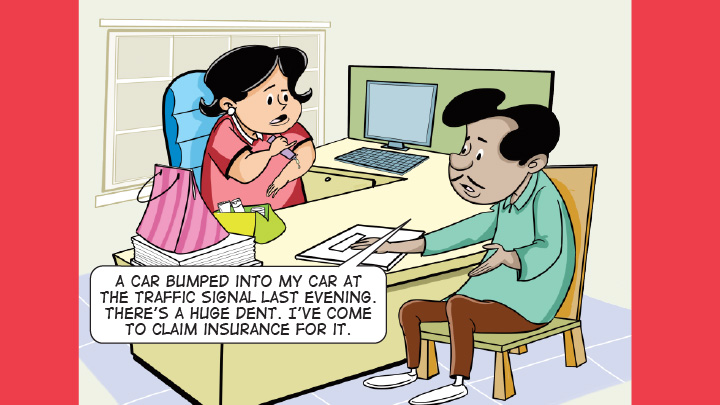 Mr. Somebody assured Donna that all his papers were in order. Donna glanced at her watch and said, “Hmm. That’s good, then. We can finish this up soon.” She looked through the papers and handed them over to her assistant, Kanda. “It’s only 11 a.m. so you’re well within the 24 hours needed for claiming insurance, Mr. Somebody. Please show Mr. Kanda your car and then we’ll finalize your claim,” Ms. Donna said as she reached out for the next bunch of papers on her desk. Kanda followed Mr. Somebody to his car. 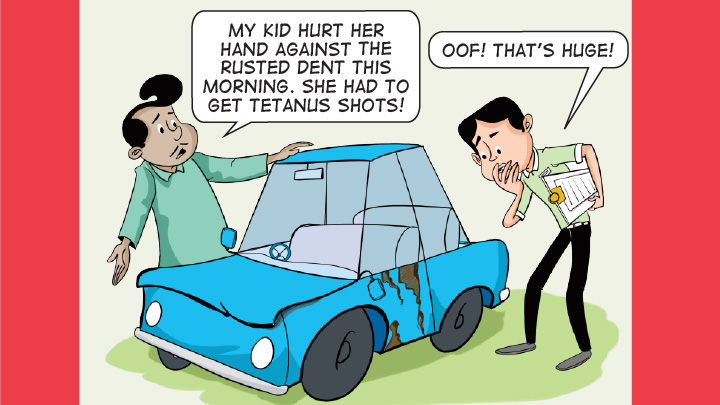 Kanda nodded and went back to Ms. Donna’s office. Five minutes later, Mr. Somebody was informed that his claim had been rejected. Mr. Somebody turned red in anger. “Why?! I’ve clearly incurred loss with the dent in my car! And I can rightfully claim it under my insurance!” he yelled. Ms. Donna shook her head and replied, “You lied, Mr. Somebody.”

Why does Ms. Donna think Mr. Somebody lied?

Mr. Somebody was supposed to have intimated the insurance company within 24 hours of the accident. However, the dent on his car had rusted in some areas which means the accident had occurred days before.