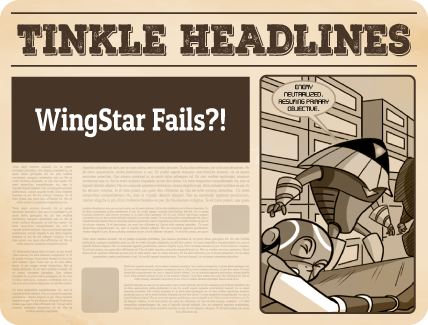 AIZWA: WingStar and Mad Mixer, members of the superhero collective Starlition, were spotted at a bank minutes before a violent clash was reported. 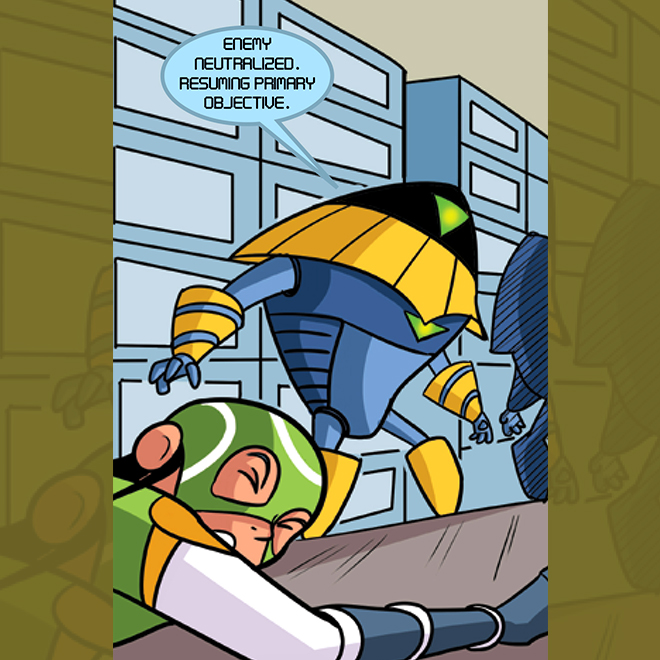 According to sources, some robots were trying to steal money and important data when WingStar arrived. A fight ensued, during which WingStar seemed to be getting beaten left, right and centre by the robots. Aizwa was filled with rumours of WingStar’s weakening power, while some witnesses say the robots were innocent and were only withdrawing money when WingStar swooshed in. There was also a rumour doing the rounds of an explosion at the bank during the fight.

These rumours haven’t been confirmed yet. Has WingStar really become weaker? Was there really an explosion? Is the Starlition in trouble? Only one way to find out. Read WingStar: Double Trouble in Tinkle 776 W3.