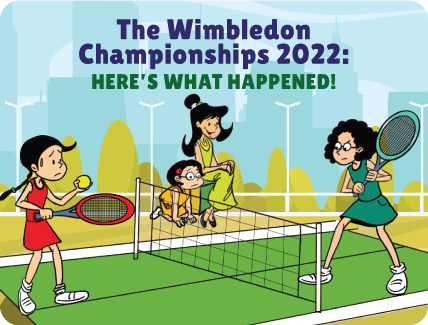 Like every other season, this season of the Wimbledon Championships was an exciting one! Here are some interesting things that happened:

We are already excited for the next season! Are you too?