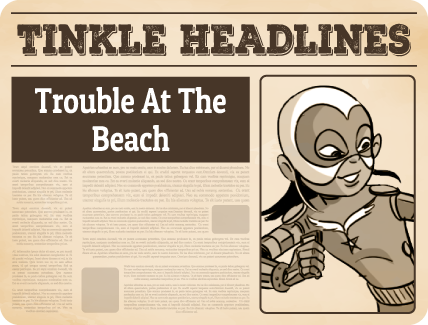 TINKLE TOWN: Legendary superhero team Starlition was spotted at one of Tinkle Town’s beaches yesterday, battling what looked like tiny robot creatures. Just recently, we found out that suspicious activities have been going on all around the region and someone has been blaming it on a 13-year old girl from Aizwa. The police have refused to share the details of the girl in question.

Coming back to the tiny robot creatures, at first, they looked like tiny crabs. Citizens surely seemed excited to interact with crabs on the beach since it’s quite unusual here. However, something seemed off and the tiny “crabs” turned hostile. It turned out they were tiny robots that went under the sea and uprooted cables to form a monster wire robot! The monster robot is made of hundreds of electric cables, which experts believe might put the ocean’s aquatic life in danger. At the time of filing this report, Starlition were still busy trying to contain the situation, with the cables becoming a huge hindrance for the superpowered team. This reporter did get to see Mad Mixer’s famous ORBBs in action which was quite the sight to behold! 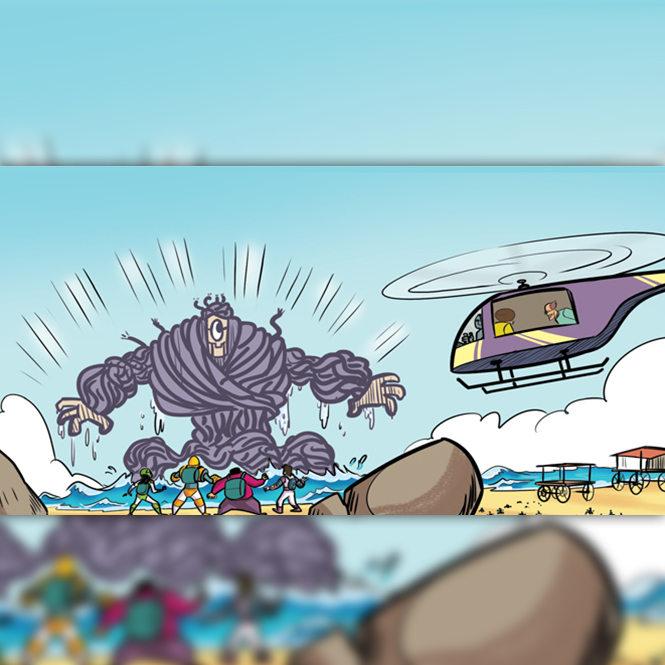 Sources have also revealed that the head of the Cyber Crime Cell, Ms. Moitei, had something to do with this vicious attack on the beach. However, at this stage, this might be pure speculation. We managed to get a word from government scientist and official Starlition liaison Tashi Kawlim, who was present at the scene. “Why would someone do something so heinous? And to blame it all on a child? I hope the Starlition and the police get their hands on the culprits. I would also be on an active lookout.” The police were swift in their job, evacuating all the citizens from the beach as soon as possible. This left enough space for the Starlition to do their job.

Will the Starlition be able to defeat the gigantic monster robot? Will the real culprits be caught? Read the story in Tinkle 773 to find out.