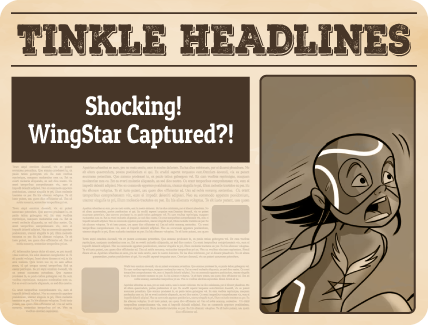 AIZWA: Yes, readers, you read that right! In a most shocking turn of events, Starlition’s superhero member, WingStar has reportedly been captured by an unknown gang of criminals. 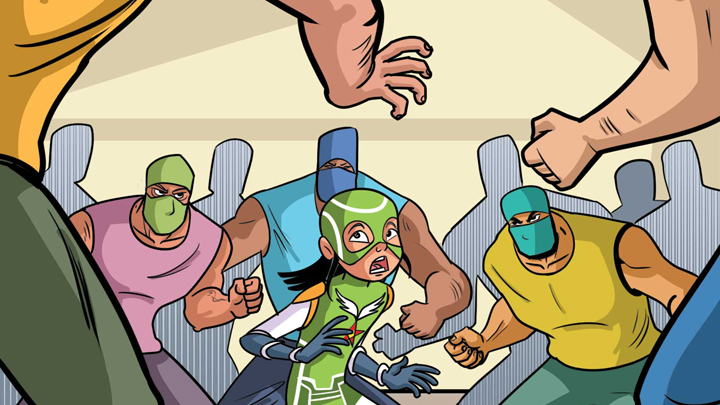 According to our sources, WingStar was fighting off a gang of robbers at the mall. But when the police arrived at the scene, there was no trace of either WingStar or the robbers. Since the fight ensued when the mall was closed, we couldn’t find many witnesses. A sleepy kid from a building next to the mall told us that he saw WingStar flying into the mall but she’s not sure if she was dreaming or if it actually happened. The Starlition is reportedly on the hunt for WingStar and there were reports of a lot of hush-hush operations going on.

This disappearance has added further impetus to Starliton’s critics who now claim that WingStar needs to rethink her career as a superhero as she cannot even protect herself from being kidnapped. Will WingStar be found? Can the critics be hushed? Find out in Tinkle 777 W4!