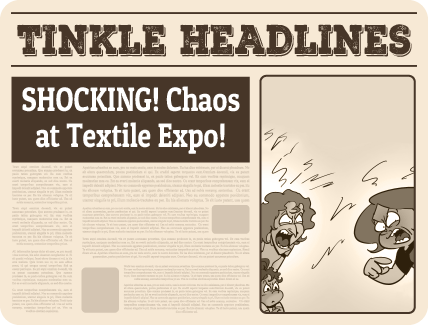 TINKLE TOWN: This shocking piece of news comes from our special reporter stationed at Weavz Textile Exhibition. The exhibition quickly turned into what certain education professionals would describe as a fish market overrun with angry, hissing cats fighting a flock of opera-singing crows. 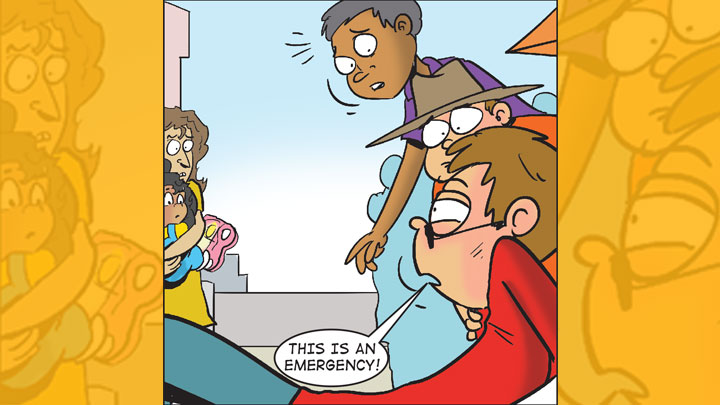 According to reports, people were seen running helter-skelter, grabbing at clothes and carts. Babies were heard wailing and amid all the noise there was a loud splash at the fountain. Eyewitnesses state that people had turned so hot-headed that they were resorting to jumping into the fountain to cool themselves off. We managed to speak to two boys who were at the scene. “It is a conspiracy! We saw it all happening with our own eyes!” they said. However, our reporter had to flee the scene as the boys attempted to take over the cameraperson’s equipment in order to expose certain textile conspiracies. We are left wondering what was in the textiles that caused this havoc. Our reporter says that anyone brave enough can talk to the boys who went by the names Agent Who-Am-I and Agent That’s-Who-I-Am to know more.

Will anyone be brave enough to find out the truth? If you think you are, then read Tinkle 790 Week 3 and let the world know.