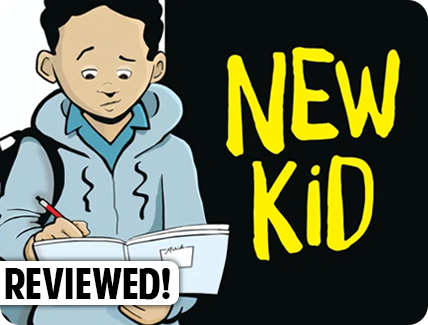 Here’s a little something you don’t know about me. I shifted schools after I finished eighth standard, moving back to Kerala to start high school at a boarding school in Kerala. Being the proverbial new kid was not easy and it took me a year and a half (and the worst case of homesickness in the history of homesickness) to finally fit in. When I finally got done reading Jerry Craft’s graphic novel New Kid, what I felt was a sudden rush of nostalgia—the book’s hero Jordan Banks was basically me!

Published in 2019, New Kid traces the everyday adventures of 12 year old Jordan, who has just shifted to an uppity private school to start his seventh grade. Jordan, who is African-American and hails from a more middle-class background, is overwhelmed by the clash of cultures between the world he grew up in and the world he has been thrust into. It doesn’t help matters that he didn’t really want to go to the new school his mom picked out for him; he would have preferred going to the art school of his dreams. You see, Jordan is a budding cartoonist and spends his spare time doodling in his notebook and wishing he was Batman. However, his mom (and by extension, his not-completely-convinced dad) did feel strongly that the school would give Jordan an academic edge over his peers and would open a world of opportunity for him. And while she isn’t wrong, Jordan is also one of the few kids of colour in his school and is at the receiving end of a lot of unintentional racial discrimination, what is now known as ‘microaggression’. 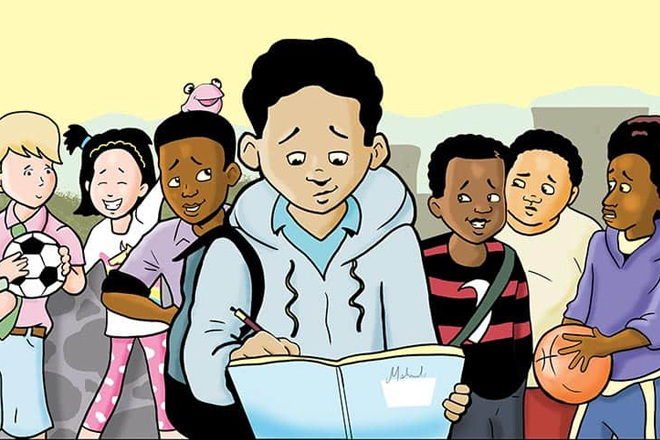 Many of the overarching themes of the book are these microaggressions and how they play out. Jordan’s teachers tend to mix up the names of the black kids. One of his classmates constantly makes fun of his peers based on their ethnicity and tries to push it off as a joke. Most teachers (and students) assume kids like Jordan are on financial aid because of their skin colour. On the other hand, Jordan also needs to figure out how to balance both his worlds and whether his old friends and his new schoolmates can possibly get along. In spite of dealing with such heavy issues, the book is a surprisingly easy read, thanks to the humour that Mr. Craft peppers throughout. It doesn’t get preachy in the least and shows as many perspectives as possible. As the year goes by, some things become easier for Jordan and he starts to appreciate the varied experiences the school has to offer. He also strikes up some amazing friendships along the way and comes to realize that most of the time, it doesn’t matter whether you are black or white, rich or poor, cool or weird. What matters is that you should not be afraid to be yourself and to stand up for what you believe in. (And video games. A shared love for video games is crucial for strong friendships in Jordan’s world.)

Apart from the wonderfully written story, what I also really loved about this book is the stellar art and layouts. Mr. Craft combines his unique style for the main story with pages from Jordan’s sketchbook full of penciled doodles. This is not just a design gimmick; Jordan’s doodles act like a window into his brain and the way he thinks, giving voice to what he really feels inside. It even actively plays a role later on in the story when Jordan ends up in a heated argument with his teacher and convinces her why her behaviour can be seen as racist, even if she doesn’t mean to be.

I have to hand it to Mr. Craft for taking something as simple as shifting schools and making it an emotionally rewarding experience, simplifying complex issues of race and diversity for the youngest of readers. Funny and touching at the same time, for this ‘new kid’, it was very relatable to say the very least. Now to get my hands on the book’s sequel. I have heard it is a real Class Act!

New Kid is available on Amazon and is recommended for children aged 8 to 12.