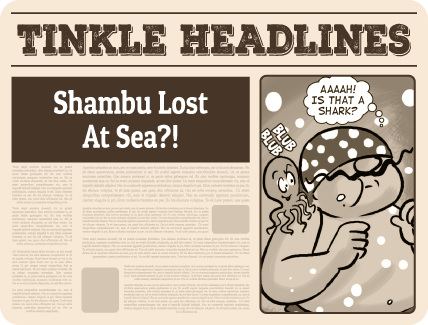 Morocco: Renowned conservationist and wildlife photographer, Shikari Shambu, has been reported lost in the Mediterranean Sea, off the coast of Nador in Morocco.

Shambu and his wife, Shanti, who arrived in Nador recently, are visiting the Northern African country of Morocco, as part of their ongoing world tour. The fearless explorer was spotted on the secluded Charrana Beach before jumping into the sparkling waters of the Mediterranean. “Mr. Shambu was underwater for a long time,” said one young, teary-eyed witness. Another concerned local mentioned that there have been recent sightings of great white sharks in these waters. Shanti, who was busy mobilizing a search and rescue team, could not be reached for comment. 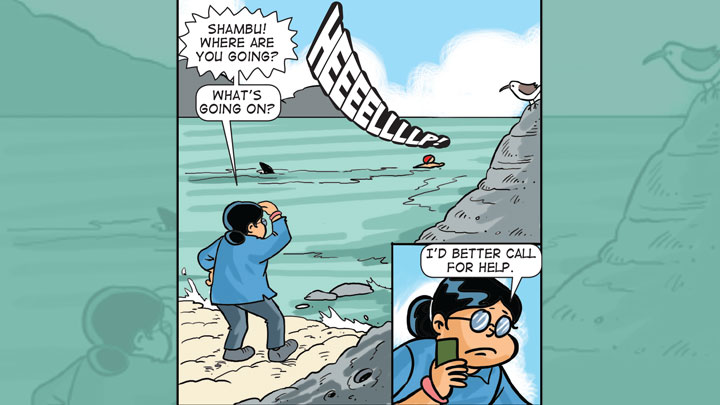 What other dangers await Shambu in the shark-infested waters of the Mediterranean? Will the search and rescue team be able to find him before it’s too late? Will this leg of Shambu’s world tour end up being his last? Find out in Seal and Steal! in Tinkle 778 W4!