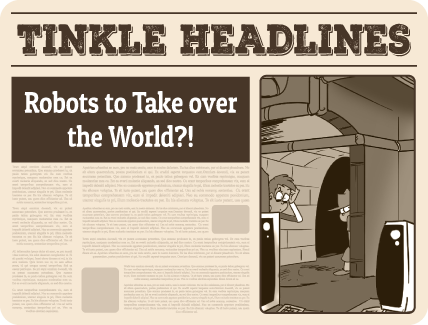 TINKLE TOWN: Rumours abound that a mysterious gang of dangerous robots has been secretly planning to take over the world. However, all hope is not lost for humanity just yet! Our reporters in the field have confirmed that teenage sleuths, Ravi Pillai and Rahul Dias, are on the case!

It all began when an undercover robot sold Ravi an innocent-looking CD of the latest Agent Glu video game. The CD turned out to be infected with a dangerous virus and caused Ravi’s computer to crash. The two budding detectives managed to nab the robot only to realize that it wasn’t acting alone. 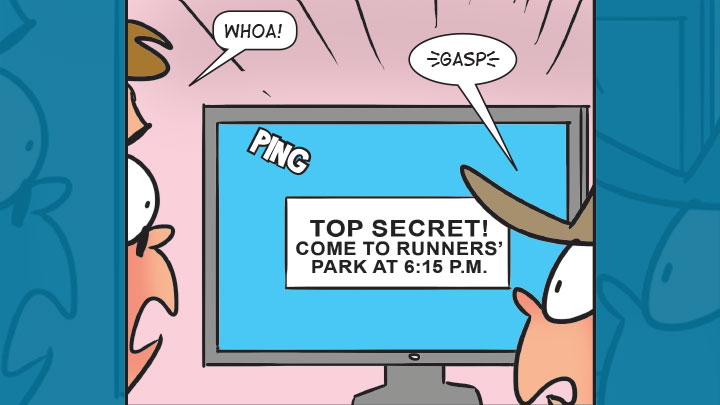 Ever since then, Rahul and Ravi have been on the lookout for clues to help them trace the robot gang. Their efforts had been unsuccessful until earlier today, when Rahul found another CD left at his doorstep. It turned out to contain an ultimatum from the robot gang leader, demanding an audience with the detectives this evening at Runners’ Park.

When asked to comment on their plans to tackle the robot menace, Ravi said, “We are armed to the teeth with Bunkum Trunkum gadgets. The robots don’t stand a chance against us. We’ll short circuit their plans and shut down their operation for good.”

What do these dangerous robots really want to achieve? Who will emerge victorious in this evening’s encounter? Are rampaging robots even real? Find out in Defective Detectives: Lesson… Unlearned in Tinkle 779 W1, out now on the Tinkle app!