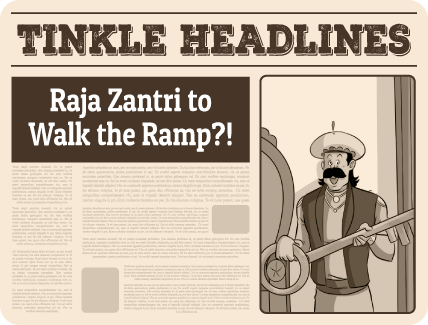 HUJLI: Raja Zantri has been witnessed taking part in a number of photo shoots around the kingdom of Hujli. An anonymous source close to the king has confessed that the photo shoots are just the beginning.

According to this source, the coronation seems to have really gone to Raja Zantri’s head. He believes he was chosen because of his good looks. The new king reportedly spends hours admiring himself in the royal mirror instead of attending to matters of the court. He plans to have his statues on every street corner and his portrait hanging on the wall of every house in Hujli.

This suspicious behaviour has alarmed the people of Hujli, who have barely recovered from the shenanigans and ridiculous demands of the previous king, Raja Hooja. 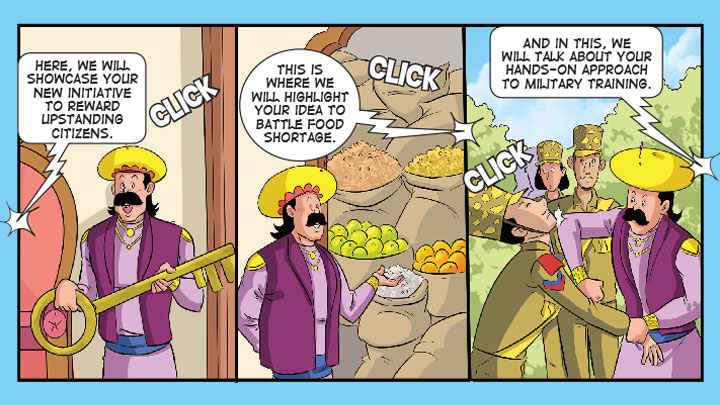 Prime Minister Dushtabuddhi, who has organized the photo shoots on the king’s behalf, has been quick to dismiss the rumours. He claims, “Raja Zantri recognizes the need to maintain a good image in the eyes of the public. The people need to be kept informed about the good work being done by our great king.”

What is Raja Zantri really up to? Will the recently crowned king also go down the path of his predecessor and neglect the needs of his people? Will he abdicate the throne in order to pursue a more lucrative career in modelling? Read ‘Have You Heard the News? Chapter 3: The Mantri Strikes Back’ in Tinkle 781 W1 for the full story!