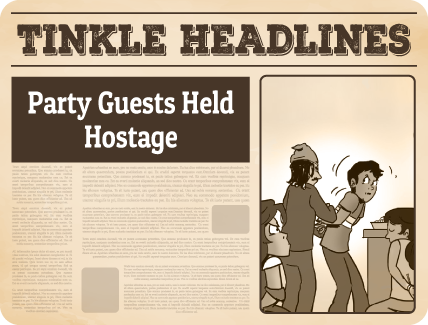 Mumbai: The home of Titli Udgayi (last name changed to protect privacy) has become the scene of a crime after a gang of thieves raided the premises earlier this evening. What was meant to be an evening of music and revelry has quickly turned into a dangerous hostage situation.

Local resident Aisha Dhar was among the many friends of Ms. Udgayi who had been invited to the party. She was last seen interacting with the security guard before entering the house. When contacted for details, one vigilant neighbour said, “Poor Mr. Udgayi! He had foreseen that there would be a need for extra security because of the large number of guests little Titli had invited. He had even hired a new security guard just for the occasion.”

Witnesses reports indicate that shortly after all the guests had arrived, two shady-looking people landed at the scene. Managing to somehow get past the guard, they infiltrated the house and held the party-goers hostage. Initial reports suggest the criminals have demanded a huge ransom to let the hostages go. 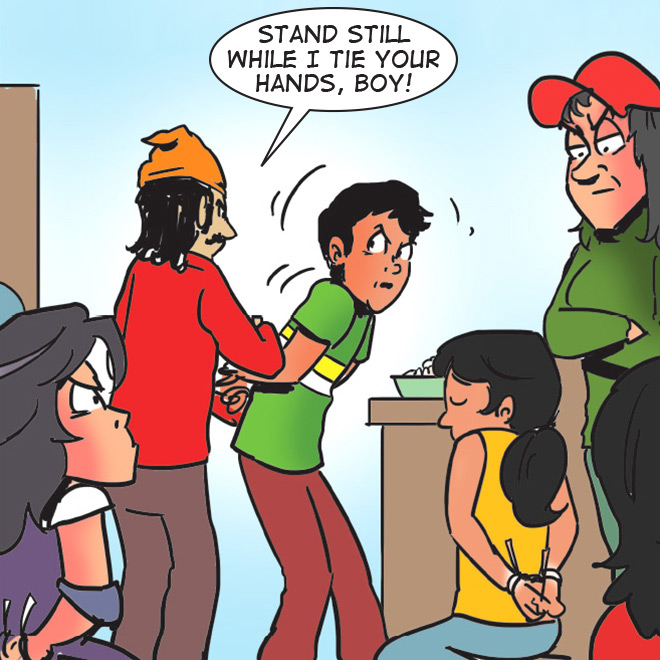 What will happen to the hostages? Who will save the day? And most importantly, why was this reporter not invited to this amazing party? All we know is that it sounds like a SuperWeird situation! Read ‘SuperWeirdos: Krrrk Krrrk!’ in Tinkle 776 W5 to find out what happens!