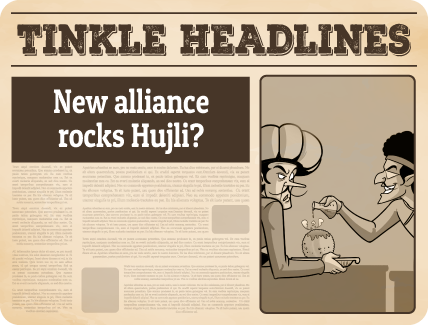 HUJLI PALACE: The formation of alliances is not new in such a kingdom as Hujli. Ministers, army officers, and even government scientists, indulge in alliances for power all the time. But the brewing of a new alliance raises some questions about what exactly is going on in Hujli.

Our source in the palace tells us that Killer, Tantri’s newly adopted dog, has become uncannily close to Laddoo, Raja Hooja’s cat. The two of them have been seen getting up to all sorts of shenanigans in the palace, leaving the staff to clean up their messes. But what has brought them together in the first place? Killer, despite his ferocious name, is quite the softie who has no stomach for derring-do or adventures. Laddoo, on the other hand, is known to routinely get on Tantri’s nerves and sees him as a competitor for the king’s affections. 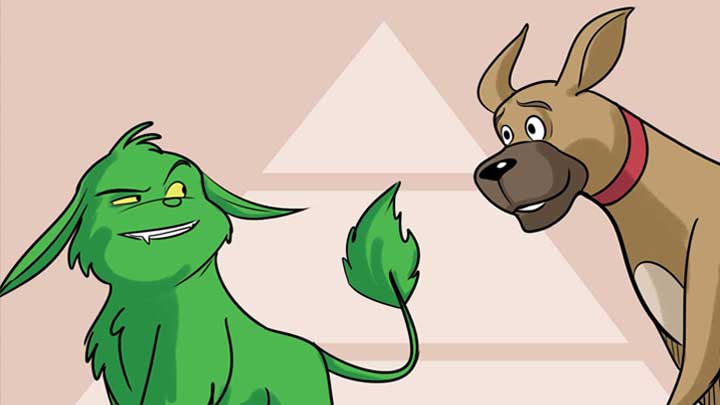 How did these two polar opposites become friends? Is there something more to their alliance? Or has all of this been made up to distract us from something far more important happening quietly in the background? Read all the details in Tinkle 777 W2 and find out for sure.