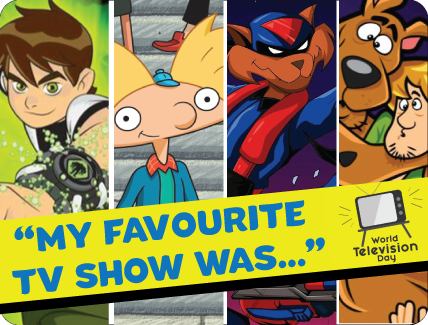 On 21st and 22nd November 1996, the UN held a television forum to discuss the role television plays in keeping us informed of everything happening in the world, besides also providing us with entertainment. Later, in December of the same year, they declared 21st November as World Television Day. On the occasion of World Television Day, we asked some members of the Tinkle team about the TV shows they loved watching as kids. Here is what they said! 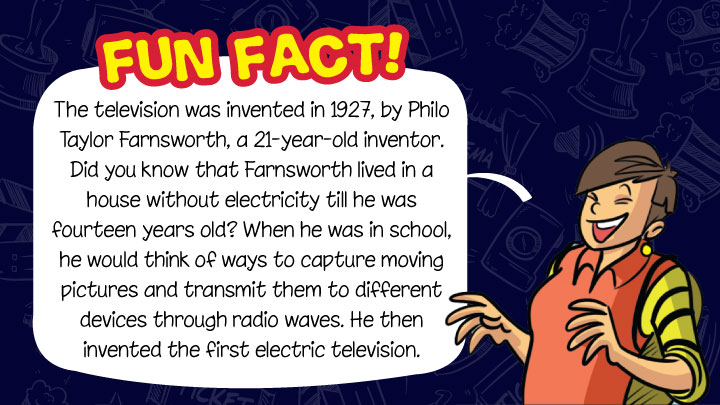 Achachan: “Before going to bed, my sister and I were allowed one hour of TV. So every day, for years, between 7 and 8 p.m., we would watch one episode of The New Scooby-Doo Movies (that had guest stars like the Harlem Globetrotters and Batman!) followed by half an hour of Popeye cartoons. But on weekends, I would secretly wake up at 5 a.m. and watch cartoons like Tom and Jerry, The Flintstones and Huckleberry Hound, and so much more! I would keep the volume low so my parents wouldn’t know, and sneak back to my bed later so that I could pretend to be sleeping the whole time!”

Savio: “Some of my favourite programmes were Star Trek, Spiderman, He-Man and the Master of the Universe, Fireball XL5, Sherlock Holmes—the TV series starring Jeremy Brett (who was the best Sherlock Holmes ever) and What’s the Good Word? hosted by Sabira Merchant. I also used to love watching comedy series like Jeeves and Wooster, Fawlty Towers, Some Mothers Do ‘Ave ‘Em and Yes Minister.”

Devika: “I loved watching Ben 10! It was about Ben, a boy who discovers a watch-like alien device. The device sticks itself around his wrist, allows him to transform into different intergalactic creatures, and helps defeat enemies who attack him. He often takes the help of his cousin, Gwen, and grandfather, Max.”

Aparna: “I mostly watched shows on the channel Doordarshan! Once a week at 8 p.m., programmes such as Alif Laila and adaptations of the Grimm fairy tales were aired. These were mostly dubbed in Hindi, and later in Bengali since I grew up in Kolkata. There was also an animated series of The Jungle Book that I enjoyed watching! Sometimes, I used to run off to my friend’s house to watch Cartoon Network, which used to have programmes like Swat Kats, The Centurions and Captain Planet!”

Rebekah: “I used to like watching Go, Diego, Go! Its main character was Diego, Dora’s cousin from Dora the Explorer, and like her, he used to go on many adventures. His adventures involved rescuing animals and protecting their environment. It was informative and fun.”

Aditya: “Hey Arnold! was my favourite show. It used to air on Nickelodeon and followed the story of a nine-year-old boy named Arnold, as he and his friends encountered problems and tried to solve them. Sometimes, his schoolmates faced problems, and Arnold would help them! He stayed with his loving grandparents in the city of Hillwood.”

Sana: “One of my favourite shows was Oswald. It aired on Pogo and was about a blue octopus in Big City. Oswald faced many problems, but would always come up with clever solutions for them all. He had a pet dog named Winnie and two best friends, Henry the Penguin, and Daisy the flower. The best part—whenever Oswald needed to cheer himself or his friends up, he would sing a sweet song!”

Mrudula: “After school, one of my favourite shows to watch was Phineas and Ferb. It was a story of two brothers who found a way to spend the hundred and four days of their summer vacation by building ridiculously big machines—such as a roller coaster that took them to space, or a time machine that transported them to the Ice Age! They also had a pet platypus called Perry, who was a secret agent, and whose enemy was the lovable Dr. Doofenschmirtz!”