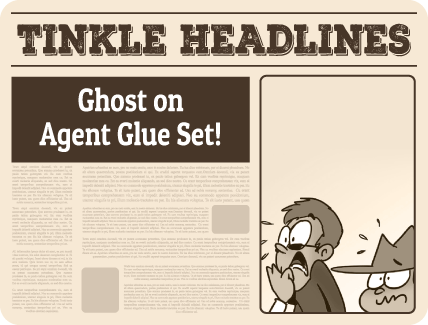 CAMERA CITY: We have received some hot news from Camera City where the latest Agent Glue movie is being shot. Apparently, the sets of the movie are haunted by a ghost! 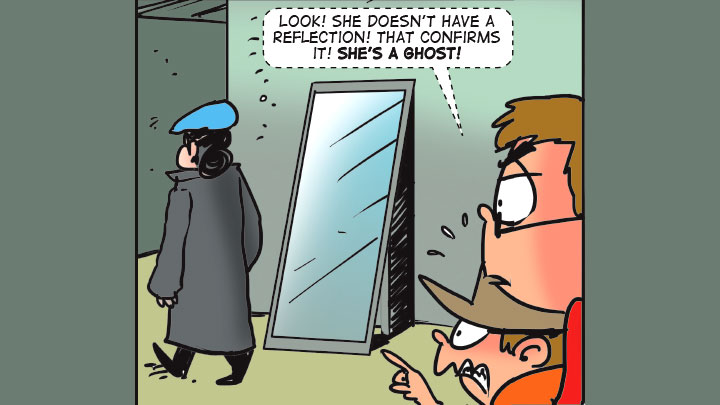 This news has been confirmed by kid detectives, who asked to be called Agent Blazing Fire and Agent Scorching Sand, as they were still on the job. The detective duo claim to have seen the ghost pass by a mirror without casting a reflection. They have also reported that exposure to the ghost’s aura has made the food look lifeless and taste rubbery. “This is all the ghost’s doing. If the famous chef Rordon Gramsay had tasted this food, he would’ve reported it as a crime!” said a visibly enraged Agent Scorching Sand. “My partner had bravely taken a bite of the food to test it. We will stop this ghost,” Agent Blazing Fire said, as they rushed into a dilapidated building.

Will they catch the ghost? Will the taste return to the food at the sets again? The answers to these questions and more can be found in Tinkle 780, Week 3.