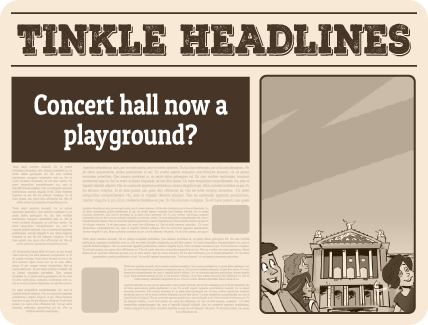 TINKLE TOWN: The days of the city’s only historical and well-respected concert hall are numbered. This reporter can exclusively reveal that the hall is being turned into a children’s playground! 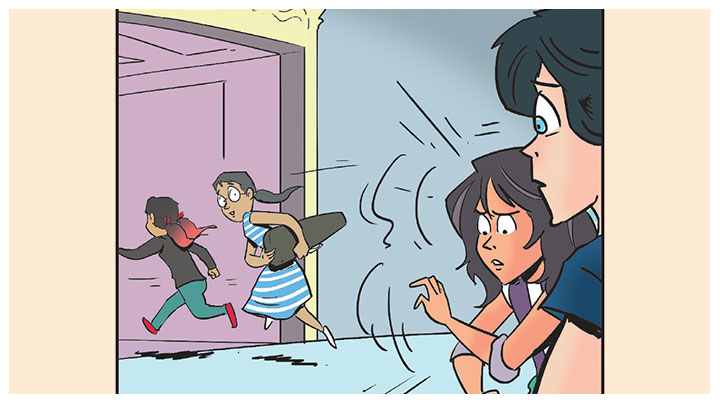 The concert hall was scheduled to host a recital of young musicians. Instead, it played host to a number of kids and teens running around and creating a ruckus. Shrieks and cries of babies were heard from within the hall, as well shouts and whoops from teenagers and young adults. Passersby were alarmed by this development. Says one, “I have been visiting this hall for decades to listen to uplifting music and soul-stirring concerts. Where will I go now for peace of mind?” Letting children run around inside means only one thing—the management is checking if the plot of land is suitable for a playground. And going by the animated sounds coming from inside, it seems like it has passed that test.

Why is there no more respect for historical institutions? Why is no one protesting the demise of the concert hall? Who is responsible for this monstrous decision? Dive deep into this story in Tinkle 788 Week 5.