AIZWA: Local newspaper Aizwa Star has been reporting daily thefts  of their newsprint stocks for a week now. Every night, for the last seven days, bales of newsprint disappear from their press. 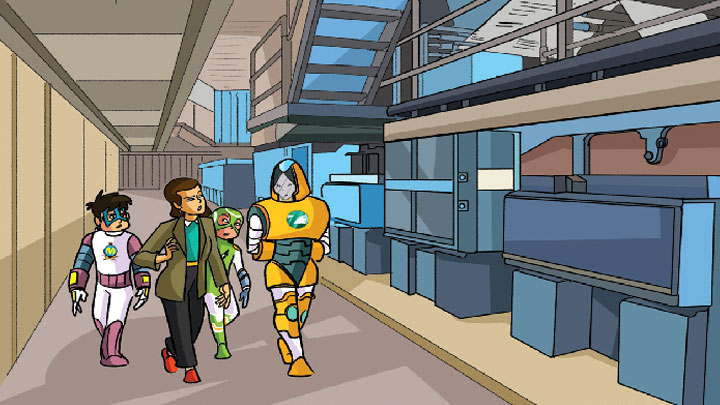 Police investigations have revealed no signs of break-ins, and neither have they found a single lead. As per one source, “It’s as if the rolls of newsprint are magically vanishing into thin air every day.” This has fuelled speculation that the press is haunted by a ghost. “Well, what else can it be?” says an Aizwa Star employee on the condition of anonymity. “Items go missing when no one is at the press and the gates are never broken into. Has to be a ghost, right?” Another employee adds, “I’ve heard rumours that this press is built on haunted land. Apparently the land used to be the meeting point of ghosts from all over the region once upon a time. Of course they’re angry that it’s now occupied by the press.” A source higher up in the newspaper has revealed to us that the paper’s owner might turn to the Starlition for help. “She thinks they can crack the case,” says this source, “but we all know that they don’t have the best reputation right now.”

The Starlition has been in trouble of late in terms of public opinion. First, two of their members were kidnapped from under their noses by the criminal Kalamity. Then the Starlition meddled with the city council’s plans to demolish an old building. Can they be trusted to get to the bottom of this mystery? Find out in Tinkle 781 W4.