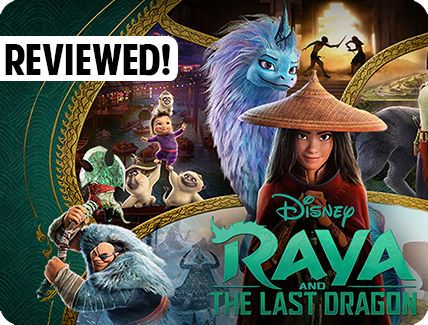 I have said this before and I’ll say it again; my happy place is a brand new Disney film. And now with the pandemic forcing the House of Mouse to beam their latest projects directly into our living rooms via Disney Plus, I honestly couldn’t be happier. Of course, there are sacrifices you make when you watch the visual feast that is a Disney feature on a television as opposed to a gigantic theatre screen, but I’m still of the opinion that any Disney film is better than no Disney film. With Raya and the Last Dragon, Disney did decide to take the theatrical route first, releasing the movie in March in the US, but thankfully, for the rest of us stuck at home, we didn’t have to wait too long before it made its way to Disney’s streaming service in India earlier this month.

Was the wait worth it? Well, yes and no. Raya… is definitely a treat for the eyes, with its almost lifelike animation and stunning vistas. From the way a water droplet shimmers in the light to how a strand of hair blows in the wind, it is really quite amazing to see how far we have come in the field of animation. Walt Disney would be proud! The movie also takes Disney’s commitment to international representation one step further, with the movie set in a fictionalized universe inspired by East Asian and South East Asian cultures, and gives us two more non-Caucasian Disney princesses after Moana, Mulan and Tia from The Princess and The Frog. Some exemplary voice acting and easily the best action I have ever seen in a Disney princess movie, Raya… has a lot going for it! 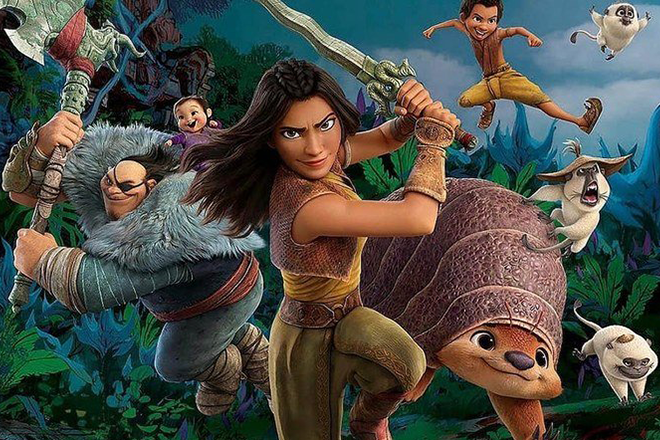 Before I tell you what disappointed me about the film, let me give you a quick breakdown of the story. A long time ago, humans and dragons used to co-exist peacefully in the vast nation of Kumandra. But when the petrifying Druun show up and start turning humans and dragons to stone, the last of the dragons band together and distil their magic into a solitary dragon gem that is used to blast the Druun away. 500 years later, Kumandra has split into five kingdoms, named after the five parts of the dragon. The kingdom of Heart are custodians of the Dragon Gem, much to the dismay of the neighboring kingdoms of Tail, Talon, Fang and Spine. The ruler of Heart, Chief Benja, wants the kingdoms to reunite, recreating Kumandra, but the other rulers are not as trusting. Chief Benja’s daughter is Raya, our lead protagonist, who has also been trained to protect the gem. She wants to believe in her father’s vision and forges a friendship with the Fang princess Namara, even taking her to show off the Dragon Gem. However, things go south quickly and the Druun return, petrifying Benja and the rest of Heart’s citizens. Six years later, Raya is on a mission to find the last dragon who is rumoured to still be alive. 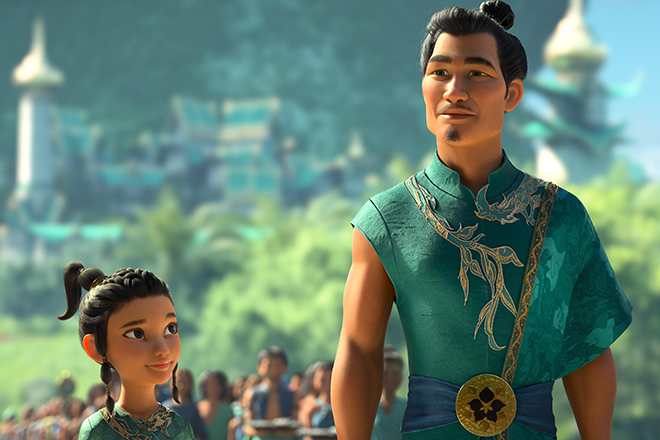 While I realize that is a lot of information in that last paragraph, trust me when I tell you that this is only the first ten minutes of the film! Honestly, that is my biggest grouse with this outing. It’s such a beautiful world that the makers have created with so much happening, the 117-minute runtime of the film hardly does it justice. This entire plot could have fared much better as a TV show with each episode in Raya’s journey getting the canvas it deserved. Instead we rush through the proceedings with Raya, who races towards a climactic battle against the Druun while assembling her own ragtag band of adventurers, all of whom are super interesting (especially the con-baby and her three monkey associates) but hardly get the screen time they deserve.

So that’s my main problem with this film. It was too short. That’s how much potential I felt this universe had. Still, even though it could have been something much greater (along the lines of one of my all-time favourite TV shows, Avatar: The Last Airbender), it is still pretty epic in its current avatar. With absolutely no princes to do the saving or the random romancing, this installment takes forward Disney’s new tradition of strong, independent princesses who are perfectly capable of taking care of themselves. Definitely a must-watch in my book!

PS: Where can I get that chain sword thingamajig that Chief Benja (and later Raya) wields? Best. Weapon. Ever.
PPS: I also want to adopt my own Tuk Tuk!

As of 20 June, Raya and the Last Dragon is available on Disney+ Hotstar in India.