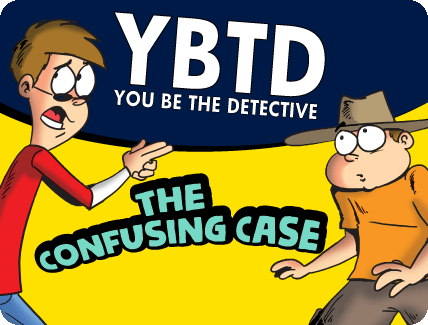 Minal Mongoose was worried. Her cell phone shop, located in a busy street corner, had been broken into the previous night. The culprit had pulled everything off the shelves and strewn them all over the floor. Pages from Minal’s account books had been ripped off and windows had been cracked.

“Funnily enough, nothing has been stolen,” said Inspector Bandhu Bloodhound. He had been called to the scene of the crime. “And you have a lot of expensive cell phones in your shop.”

“So someone broke into my shop, made a mess and simply left?” asked Minal, puzzled. “Why?” 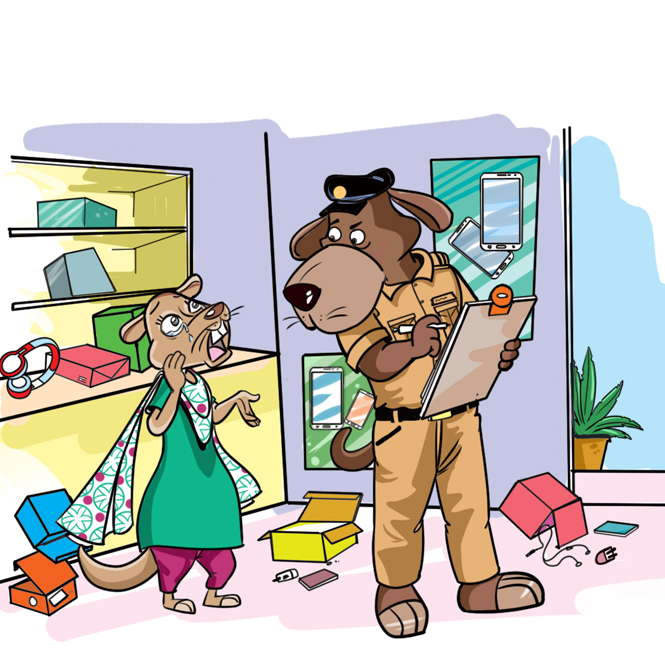 “This is not the work of a thief but someone who holds a grudge against you. This person wanted to get back at you. Do you know anyone who might have a reason to?”

“Yes, there are three people, all owners of big cell phone chain shops. They want to buy my shop because of its good location, but I have refused.”

Inspector Bandhu took down their names and addresses and decided to question them all, one by one. First up was Lalita Leopard.

“Where were you last night?” asked Inspector Bandhu.

“It was the night of my niece’s birthday party,” said Lalita.“I had forgotten to buy her a gift and I was looking for a shop that was still open. Luckily, a stationery shop was and I bought her some glitter gel pens.”

The next suspect on the Inspector’s list was Elias Elephant.

“It was stocktaking day at my shop—you know, the day I check all the things in my shop available for sale and make sure they match the records I have,” explained Elias. “I noticed that my assistant was making a lot of errors in the process, so I stayed back late to keep an eye on him.”

The last suspect that remained to be questioned was Chetan Chital.

“I was out for dinner with some friends at a vegetarian restaurant,” said Chetan, “and I came back home quite late, well past midnight.”

“Well, we ordered a lot of food. First there was an appetizer of mushroom soup and breadsticks, along with spring rolls and cheese balls. Then came a hefty main course of prawn biryani and tomato raita, and finally a delicious dessert of blueberry cheesecake and chocolate brownies.”

Back at the scene of the crime, Minal Mongoose was waiting expectantly. “Did you find out anything useful, Inspector?” she asked as soon as Inspector Bandhu walked in. He smiled. “We have the culprit, Ms. Minal,” he said.

Who is the culprit and how did Inspector Bandhu sniff them out?

Tags: break-in, criminals, mystery, police, robbery, you be the detective