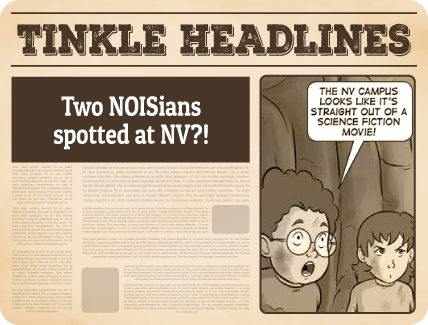 NILGIRIS: This shocking bit of news comes from our special correspondent stationed in the Nilgiris. Two NOISians were spotted roaming the grounds of NV school. The identity of all students have been withheld for safety reasons.

According to our correspondent, the kids were dishevelled and looked lost, like fish out of water. Their uniforms were muddied and their faces grubby. They seemed to be marvelling at the modern structures of the NV school. Makes us wonder, is NOIS not good enough for them? Are they considering a transfer? The kids were then seen playing hide-and-seek with the NV guards and were later seen conversing with some NVers. 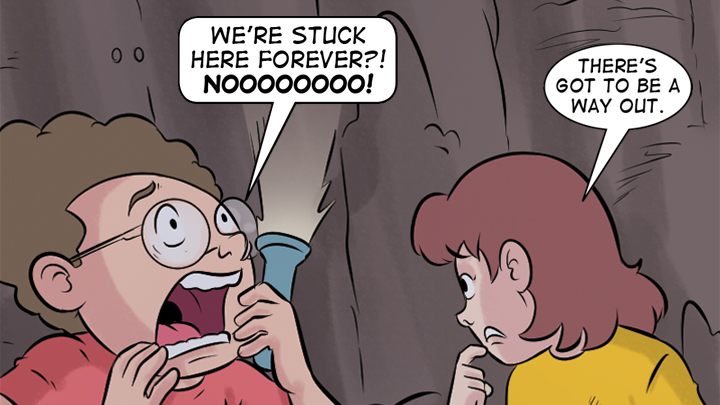 How did these NOISians manage to enter the NV grounds? How will they explain their actions? Are they really moving schools or were they spying on NV? Will their actions jeopardize the Friendship Initiative between the two schools? Find out this and more only in Tinkle 778 W2!