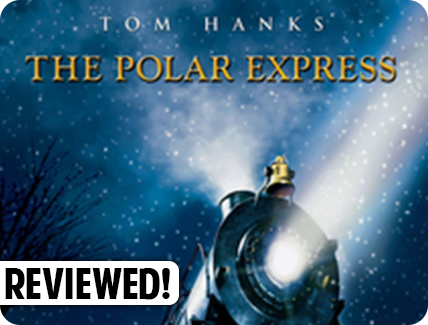 Visually stunning, The Polar Express is based on the book of the same name by Chris Van Allsburg. The viewer is kept hooked to their screens with the movie’s soothing soundtrack and engaging screenplay. Nominated for three academy awards, the movie takes the viewers on a journey of a boy who boards a mysterious train named the Polar Express on Christmas Eve. This train is supposed to take him to the North Pole to meet Santa Claus. However, he is totally unprepared for the adventure he has signed up for.

As the movie progresses, we get introduced to three other kids – ‘Lonely Boy’, ‘Know-it-all Boy’ and ‘Lead Girl.’ The kids experience a roller coaster ride on the train and face various hurdles which bring them together as they form a memorable bond for a lifetime. Our favourite character was the conductor whose only worry seems to be to reach the North Pole on time, but in the end, we realize he just wants the kids to enjoy their journey to meet Santa and forget all their doubts and worries. Whether or not the kids get to meet Santa forms the rest of the story.

Though the film does have some niggling loopholes and goes off track a bit in the second half, it does manage to keep the main essence of the movie intact without boring the viewers. It is an ideal movie to watch this Christmas with the family. The movie succeeds in leaving an impact in the minds of the viewers regardless of their age.

The Polar Express is now streaming on Netflix