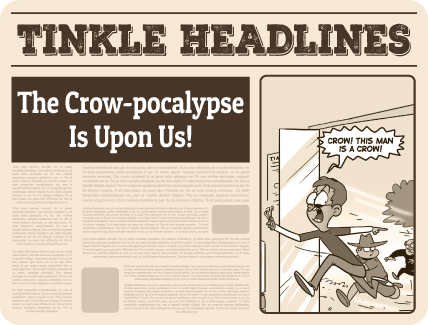 TINKLE TOWN: On Saturday afternoon, famous detectives, Ravi Pillai and Rahul Dias, were seen running into a building shouting, “Crow! This man is a crow!” This theory is another masterstroke by the best detectives of our time, and fits with their past theories of aliens, the socks mafia and time-travelling kidnappers, to name a few.

We caught up with them minutes before they were planning to uncover the crow-minal. “The Crow-pocalypse is upon us,” said Pillai, aka Agent Locking Lock. “We’ve been looking for an extremely precious item and discovered that this ‘crow-man being’ was after it,” his partner, Dias, added. 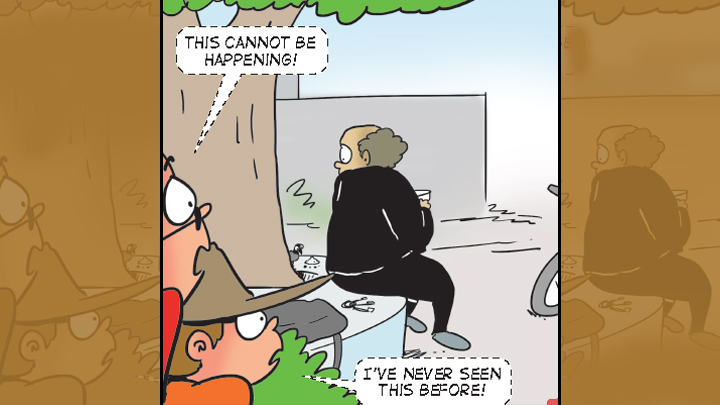 When asked to elaborate, Dias aka Agent Skeleton Key, said that they believe that crows have been fooling us all our lives. They have been in touch with aliens since the first crow evolved. They have been collecting shiny items which they use to reflect light and communicate with their other-wordly allies. If we don’t take action soon, we might be taken over by these smart birds. They now have access to alien technology that allows them to look like humans and gather intelligence for their mission.”

Frightening times are indeed ahead! But with these two fantastic detectives to lead us, we’re in safer hands. Check out Tinkle 785 W2 for the full story to find out more!