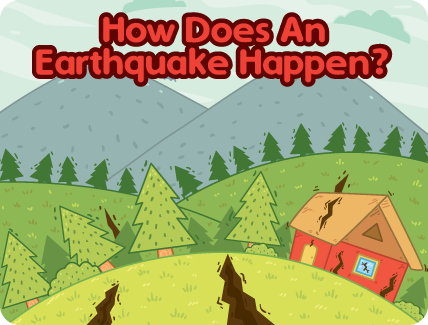 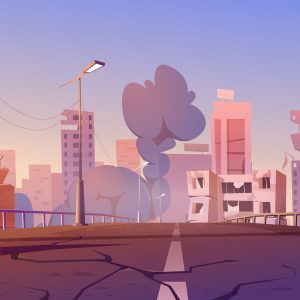 An earthquake occurs when the Earth’s tectonic plates scrape against or bump into one other. This causes the ground to shake violently and sometimes it can even cause landslides, flooding and tsunamis.

But not every earthquake is dangerous. In fact there are many earthquakes that are not even felt by us because they are too small or too deep inside the Earth’s surface.

But what are tectonic plates?

The Earth is made up of four main layers: crust, mantle, outer core and inner core.

The Earth’s crust is not one single piece of rock. Instead, it is made up of many smaller pieces called tectonic plates (huge, irregularly shaped slabs of rock) that are constantly moving. Luckily for us, they don’t move fast. Geologists (experts who study the Earth and rocks) believe that the fastest a plate might shift is about 0.1 meter (or 6 inches) a year. That is roughly the size of a small ruler. 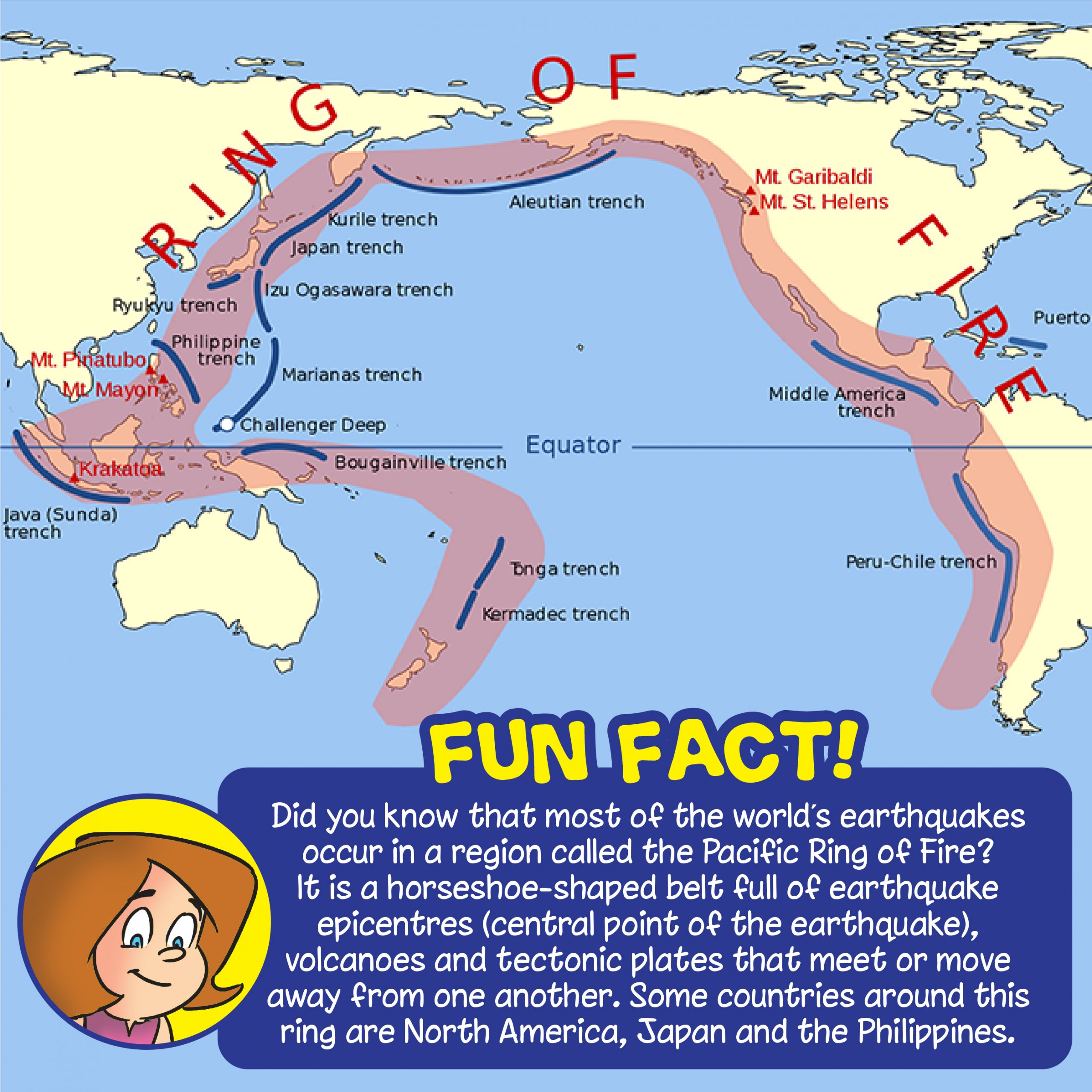 Can we find out how strong an earthquake is?

Yes. That’s where the Richter scale comes in. Developed by scientist Charles Richter in the 1930s, this method, helps us understand how strong a quake is.

As per this scale, there are seven categories of earthquakes. On one end of the scale, we have micro and minor earthquakes. These fall from 0 to 3.9 on the Richter scale and are either not felt by people, or are felt as slight tremors with no damage to property. Next, we have light and moderate-sized earthquakes, which might see minor breakage of objects and light damage to weak structures. These are recorded between 4 and 5.9 on the Richter scale. Finally, at the other end of the scale, that is above 6, we have strong, major and great earthquakes, great being the strongest! This ranges from moderate damage to property, especially in populated areas, to severe damage across larger areas with loss of life as well. Thankfully, great earthquakes are rare, with around three occuring every year. Micro earthquakes on the other hand happen over 1 lakh times annually!

What should I do if an earthquake strikes?

Drop: Get down on your knees and crawl to a safe place for shelter. The safe place can be under a table or bed. Avoid doorways, windows, tall furniture and mirrors. Do not try to move outdoors if you are inside a building.

Cover: Place an arm and hand over your head and neck to protect yourself from falling objects.

Hold: Don’t move until the shaking stops. If you’re taking shelter under a table, hold on to it with one hand.

However, if you are outside in the open, stay away from bridges, power lines and structures that might crash.