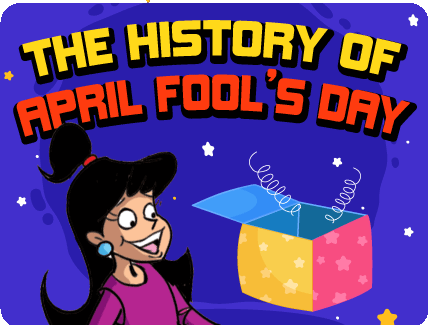 April Fool’s Day or All Fools’ Day is celebrated on the first of April every year. It is a day for giggling, telling jokes and playing friendly pranks on each other before laughing about it all later. But do you know how this hilarious holiday began in the first place? 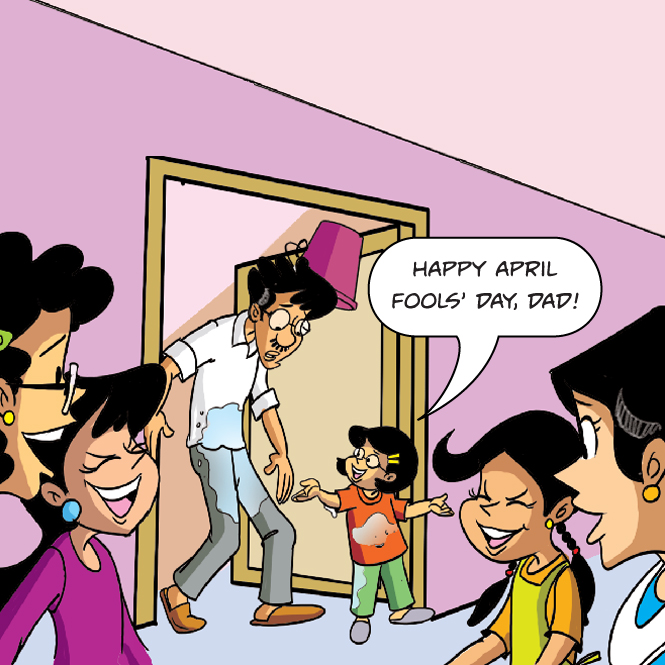 The origin of April Fool’s Day is thought to go back to the festival of Hilaria, which was celebrated between 800 BCE and 500 CE in ancient Rome. Hilaria was a day of merriment and rejoicing to celebrate the arrival of spring.

This festival is similar to other spring festivals celebrated around the world like the Persian festival Sidzah Bedar, the Jewish holiday Purim, and our very own festival of colours, Holi.

Another popular but hard-to-prove theory about the origin of April Fool’s Day is believed to have occurred in the 1500s. Until then, in Europe, the new year was considered to begin on Easter, which was based on the cycle of the moon and was not a fixed date.

Pope Gregory XIII, the head of the Roman Catholic Church, introduced to his followers the Gregorian calendar. This calendar changed the beginning of the new year from Easter to 1st of January.

News of the change in the calendar took some time to reach everyone. So, those who continued to believe that the new year started on Easter were regarded as April Fools.

It is also believed that April Fool’s Day may be linked to the turning of seasons that occurs around March 21st, the Spring Equinox. This is one of the two days in the year when all places on Earth experience equal duration of sunlight. 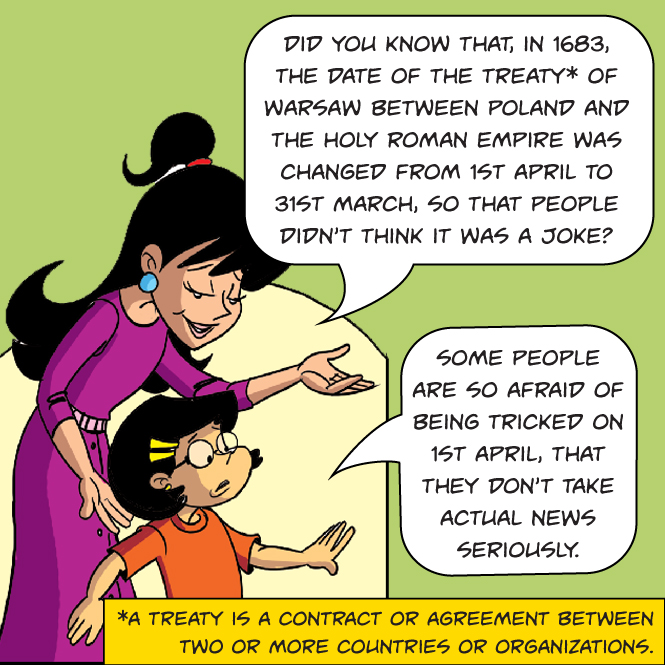 Whatever its origins may be, April Fool’s Day is very popular across the world today and is enjoyed by people of all ages.

In 1976, Larry Wilde, a writer, declared April as National Humour Month in the United States. He did this in order to make more people aware of the benefits of laughter in one’s life. So, in the US, if you haven’t had your share of laughs on the first of April, you can keep celebrating the joy of humour all month long.

What are the Benefits of Laughter?

Humour is quite effective in calming down a difficult situation, reducing anger and anxiety and building trust between people.

Scientists are also trying to find out if laughter plays a positive role in strengthening and relaxing the body, reducing stress and pain, and leading to a healthier heart.

So, if someone plays a funny trick on you on the first of April, don’t forget to laugh along with them to enjoy the full benefits of April Fool’s Day.