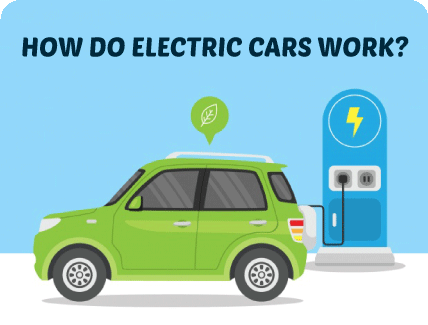 Tesla, an electric vehicle company headquartered in California, USA, is setting up its first office in Bengaluru. Tesla is known across the world for its cars that run on electricity instead of fossil fuel. And now that it is coming to India, it can further help reduce air pollution, protect natural resources and improve the environment of the country, along with other car manufacturers like Mahindra & Mahindra, Hyundai and Toyota who have already introduced electric cars to Indian roads. 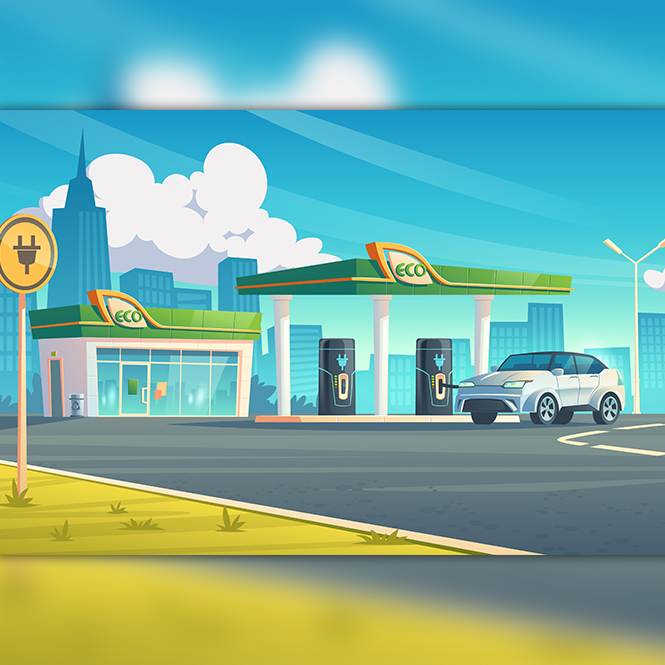 But what is an electric car and how does it work?

An electric car is very similar to a car that runs on petrol, diesel and other fossil fuels. Fossil fuel is a type of fuel formed when the remains of living organisms decompose naturally over a long period of time.

You might not even realize that you’re sitting in an electric car unless you pay close attention to the sound of the engine when the car is running. It is almost silent. When you open the bonnet of the car, you’ll see a lot of parts that you wouldn’t normally find in cars that run on fossil fuels. Firstly, the engine that runs on fossil fuel is replaced by an electric motor. The motor gets power from a controller which in turn is powered by rechargeable batteries.

Electric cars charge like any other electronic device you own—you plug it into a charging point. The rechargeable batteries store the electricity that gives power to the motor. This motor then helps turn the wheels.

Many countries have public charging stations much like we have petrol pumps in our country. People also have a home charging unit so that they can charge their cars at home easily.

Companies are working on setting up public charging stations in India. However, it might take longer for these stations to become as common as petrol and diesel pumps. Currently, the car manufacturer will be setting up home charging units for its buyers in India.

A full charge might take between 8 and 12 hours on average and the car can then run for about 300 km. So while it is not ideal for long-distance travel, it is perfect for short commutes in the city.