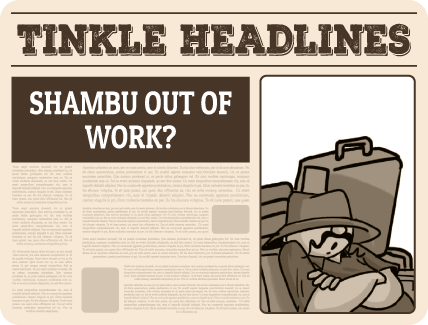 TINKLE TOWN: Shikari Shambu has returned from his nearly two-year stint abroad. But while he has come back, it seems everyone else has moved on. In his absence, someone else has had to look out for animals and keep them safe from poachers. 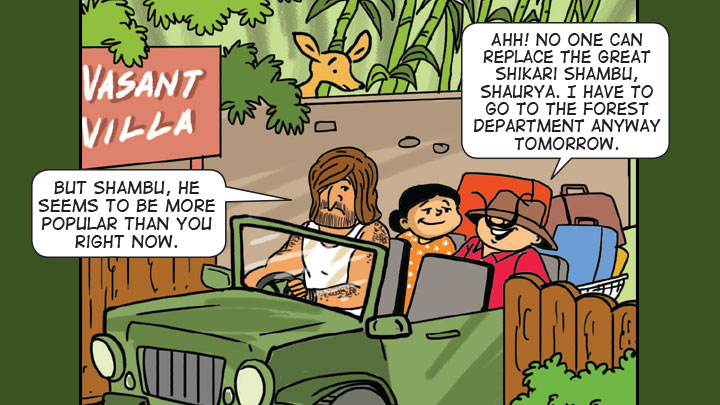 This new conservationist has really stepped up and taken on the role with skill and aplomb. Says a longtime resident of the region, “Shambu has some nerve, returning home and expecting to get his old job back. I’m very happy with our new protector who has been incredible! There’s no animal he can’t rescue and no poacher he can’t fight.” Shanti, Shambu’s wife, counters, “Shambu wasn’t whiling his time abroad. He was hard at work there too, rescuing animals and putting an end to malpractices. People should stop thinking that he went away on a long holiday!”

Despite Shanti’s ardent defence of her husband, sources say that the forest department prefers calling on their new recruit instead, who gets the job done in a fraction of the time that Shambu usually would. Is everyone’s once-favourite conservationist out of work for good? Read the full story in Tinkle 781 Week 2!