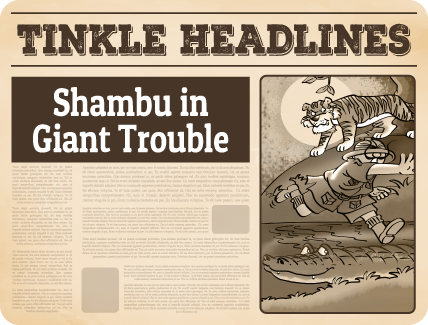 The popular forest ranger, wildlife protector and food connoisseur, Shambu has been spotted at the Chinnar Wildlife Sanctuary in Kerala. Our sources have told us that an extremely rare squirrel, the Grizzled Giant Squirrel has gone missing. It seems that the situation is serious for the forest rangers to bring in the big guns such as Shambu himself.

The Grizzled Giant Squirrel is a near-threatened species of squirrel found in parts of South India and Sri Lanka. Apparently, rumours have it that demands for this species of squirrels has increased considerably in the black market and poachers are on the lookout for it.

The sanctuary is also home to a variety of wildlife including frogs, birds and even crocodiles. Will Shambu be able to find the squirrel? We’re not sure about that but we do know that the poachers will have a tough time looking for it with Shambu around. Read the full story here.