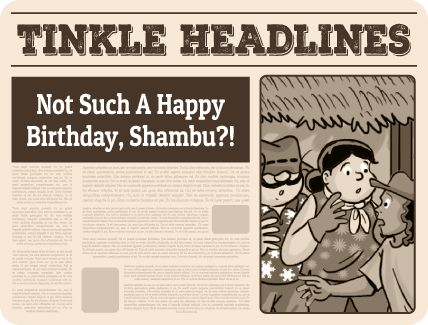 Peru: Breaking News! Tinkle’s heroic but elusive wildlife conservationist Shambu has been spotted in Peru, on the next leg of what he had hoped would be a laid-back world tour with his wife, Shanti. Little does he know that the fates seem to have a new adventure in store for him.

Sources say that Shambu and Shanti will be staying at the famous Cusco Alpaca Farm on his birthday. But mysterious incidents at the farm have resulted in a growing number of the gentle animals needing a visit to the veterinary hospital. 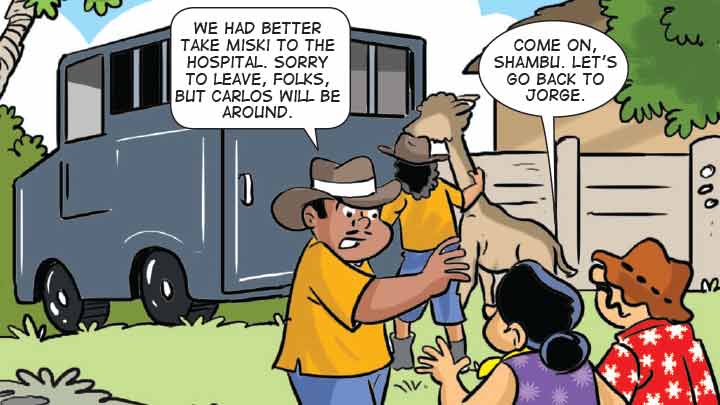 “It’s a very scary situation, Señor!” said a witness who did not wish to be named. “Could this be the work of a legendary local beast, known only as the ‘Chupacabra’?”

Are villainous goons or fantastical beasts responsible for the state of the poor alpacas? Will the incidents stop, now that the fearless Shambu is at the scene? Or will Shambu himself end up as the next victim? Read ‘Alpaca Alarm’ in Tinkle 777 W1 to know how this story ends!