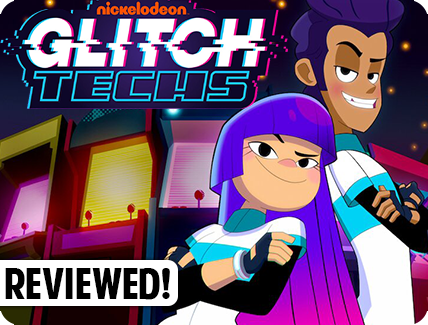 Full disclosure: I love video games, especially retro video games. From the crop, I have always loved Super Mario, especially Super Mario World which came out in 1990 for the Super Nintendo console. It was all the rage back in the day, and my friend happened to win one in a contest (so lucky!)  We would spend hours trying to figure out all the eight worlds we had to make our way through. Interestingly though, we did stumble across weird bugs or glitches in the game, where Mario would get stuck on a brick wall while jumping, or would be able to climb up invisible plant vines. Soon, we discovered how we could actually bypass whole worlds by using these glitches to our advantage. Interestingly, these glitches weren’t actually glitches at all, but shortcuts that had been built into the game by the developers.

The glitches that pop in the new Nickelodeon animated series ‘Glitch Techs’ on Netflix are not as friendly as Super Mario’s shortcuts, at least not of all them. I love the basic premise of the show— ‘What happens when your videogame glitches?’ It’s happened to all of us; you’re playing a game on your console or your phone and for no apparent reason, the game suddenly freezes, or stops! Well, if this happened in the Glitch Tech universe, chances are the characters in your game are now making their way out into the real world. This means a lot of damage and destruction, unless the Glitch Techs can stop and contain the glitch in time. 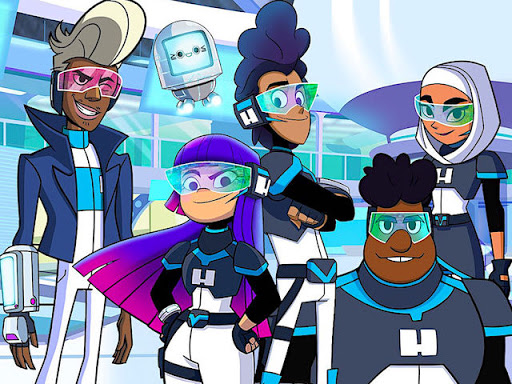 The series revolves around High-Five and Miko, two pro gamers who manage to unearth the secret operations of gaming corporation Hinobi’s tech support team. To the outside world, the Hinobi tech support team is just that—a standard customer service team who will service games and gaming consoles that are acting up. But secretly, they are the Glitch Techs—an elite force of pro gamers who use the power of plixel technology and mind-wiping rays to make sure the real world is safe from, and completely unaware of, game characters gone rogue. High-5 and Miko are recruited to join the Glitch Techs in the very first episode itself, cementing a fierce friendship between the two.

The episodes are light and breezy, with a new mission every week for our heroes to counter. From keeping their secret identities intact to exorcising game ghosts out of their friends and family, each episode is very entertaining and keeps you hooked through and through. There are frequent run-ins with frenemy and fellow Glitch Tech Mitch Williams (his catchphrase is “Boosh!” which really grows on you) who isn’t too keen on the newbies. Another winning character is High-5 and Miko’s boss, Phil, who has been with Hinobi for decades. While Phil looks super annoyed all the time, you soon learn that he is actually quite an accomplished Glitch Tech himself and has a very cute relationship with Glitch Tech training robot, BITT. There are two seasons out right now and my favourite episode so far has been the one where High-5 and Miko are sent to figure out a Glitch Pet situation. That’s right! They get to keep some of the glitches as pets! I’m not going to give out anything more, because, hey, nobody likes spoilers.

All in all, Glitch Techs is a super fun show with two very likeable leads, crisp and clean animation, and a very engaging plot overall. The end of the second season has me very intrigued for whatever’s coming next. For a show about video game glitches, it’s not glitchy at all!

As of 24 April, Nickelodeon’s Glitch Techs (Seasons 1 and 2) is streaming on Netflix.