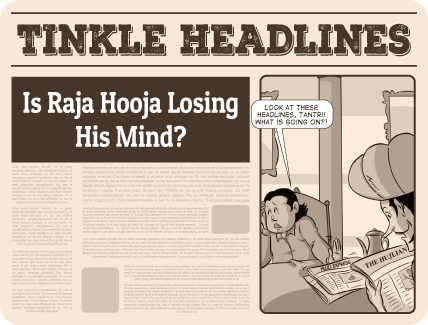 HUJLI: The Royal Palace of Hujli has been rocked by an avalanche of scandals about a series of ridiculous demands by Raja Hooja.

The Hujlian reports that the king has declared cats to be the heads of every household in the kingdom. The skyrocketing demand for felines has led to a frenzy of stray cat kit-nappings by a new breed of bounty hunters. In an exclusive exposé that is sure to reflect poorly on Raja Hooja, the Hujli Mirror claims that His Royal Highness has decreed that all men must grow a moustache. What is the meaning behind this moustache madness? The weirdest demand by the king, as reported in the Hujli Express, is that henceforth, only laddus are to be consumed by everyone in the kingdom. Could this mean that the king has indeed lost his marbles and wishes to replace them with laddus? 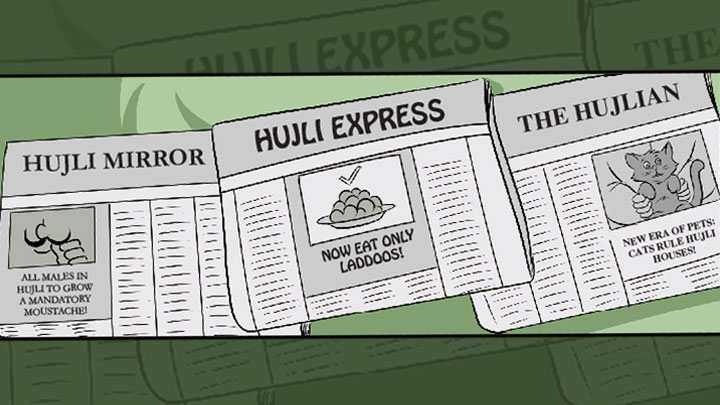 Speculations are rife about Raja Hooja’s fitness to rule. The king could not be reached for comment. Tantri the Mantri rushed to the king’s defence and strongly denied all the accusations, adding, “The culprits behind this barrage of fake news will be brought to justice!”

What does all this mean for the people of Hujli? Will Tantri be able to clear Raja Hooja’s name or has Raja Hooja truly lost it? Find out in ‘Tantri the Mantri: Have You Heard The News?’ in Tinkle 779 W2.