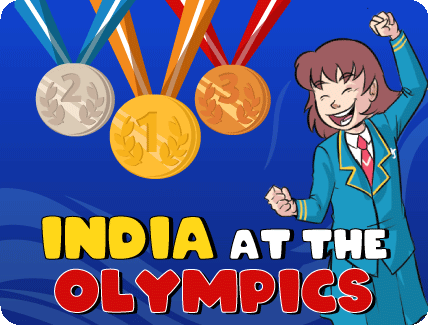 Indian athletes and sportspersons made history in the recently concluded Tokyo Olympics that were held between 23 July and 8 August 2021, by bagging the most medals India has ever won at the Games. This time, India won one gold, two silver, and four bronze medals, making it a total of seven medals. The previous best was in 2012 when the country won six medals. 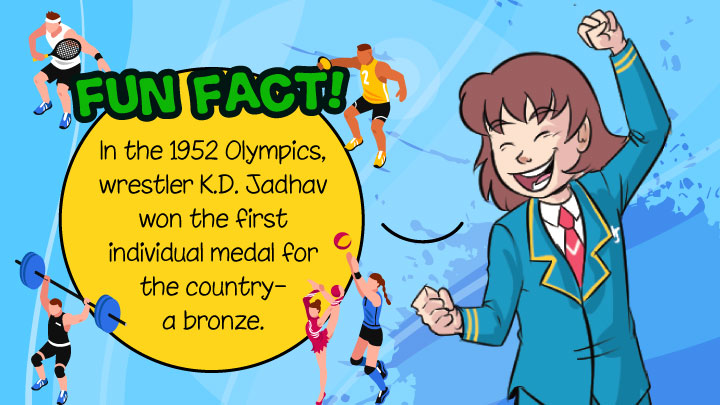 Here are some of the highlights of India’s performance at the 2020 Olympics:

Neeraj Chopra scripted a name for himself in the annals of history by winning the first gold medal for India in a track and field event at the Olympics. He also became the second Indian to win an individual gold medal, after Abhinav Bindra in 2008. Neeraj also serves in the Indian Army, as a subedar—a junior commissioned officer. 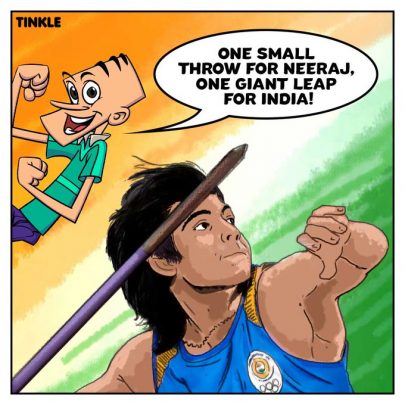 Mirabai Chanu, India’s weightlifting champion from Manipur, won the first medal for the country at the Tokyo Olympics. She got a silver in the women’s 49 kg category—her first-ever Olympic medal! She lifted a total weight of 202 kg. The gold medalist in the category, China’s Hou Zhihui, lifted 210 kg and won by a close margin.

Ravi Kumar Dahiya, from Sonipat, Haryana, reached the freestyle 57 kg wrestling finals. He took on Russia’s Zavur Uguev in the finals and won the silver medal. He had previously won a silver medal in the Under 23 World Championship. Did you know that he had participated in the championship despite a knee injury? 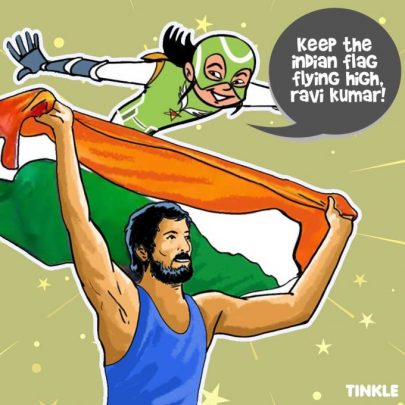 P.V. Sindhu, known as the Badminton Queen, won a bronze medal as well. She beat China’s He Bing Jiao and became the second Indian athlete to win two individual Olympic medals. P.V. Sindhu has sports running in her blood—both her parents are volleyball players!

Bajrang Punia, from Jajjhar, Haryana, won a bronze in wrestling. He beat Kazakhstan’s Daulet Niyazbekov, to win his first-ever Olympic medal. Bajrang Punia began wrestling at the age of 14, and is the first Indian wrestler to take part in the world-renowned German League!

Assam’s Lovlina Borgohain won the bronze medal in women’s boxing in the 64-69 kg category. She finished third, after facing Busenaz Surmeneli of Turkey in the semifinals. 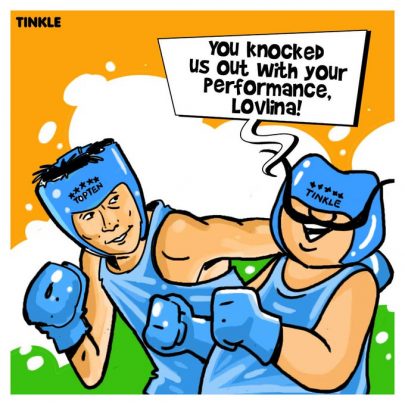 The men’s hockey team won the bronze medal after beating Germany. This is the team’s first Olympic medal since their gold medal in 1980, at the Moscow Olympics.

Thank you all for your inspiring performances! You’ve made India proud!