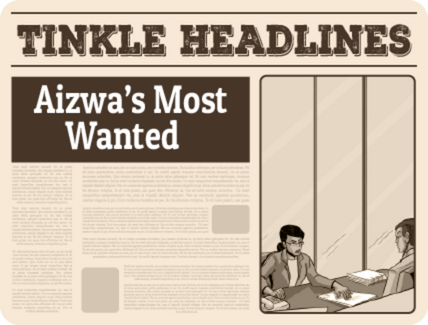 AIZWA: There is a shocking development in Aizwa as an arrest warrant for WingStar, Mad Mixer and their unnamed masked partner has been issued. This comes after Starlition member ZingStar has gone missing. Sources claim she is being held in the Project Scour facility run by Ms. Lalrinkimi.

This reporter caught up with Ms. Kimi to find out why the city issued a warrant against Aizwa’s superheroes and she said, “The Starlition is a nuisance. They are reckless vigilantes who cause more harm than good. Last year alone, this government has been forced to spend lakhs to fix the damage they have caused in their ‘crime-fighting’ endeavours. What gives them the right?” 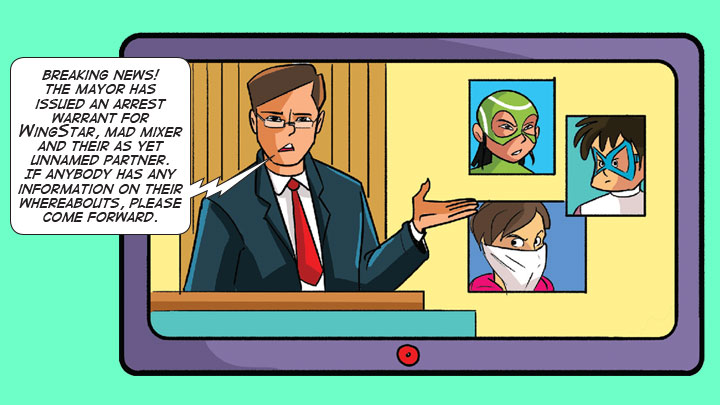 Aizwa’s mayor echoed Ms. Kimi’s sentiments. “Yes, I signed off on the arrest. Nobody is above the law, not even the Starlition. It’s all for Aizwa’s good.”