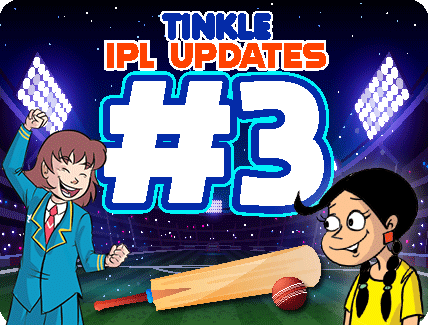 It’s been almost a month and a half since the Tata Indian Premier League started.

As we’re moving closer to the end, let’s find out what’s happening!

Titans on the Top

With 18 points under Hardik Pandya’s captaincy, this new team is the first one to qualify for the play-offs. Winning nine matches out of 12 has earned them the respect of fellow cricketers who lauded this brilliant debut performance. If their performance so far says anything, it’s that the Titans could be taking home the cup home this year.

Rajasthan Royals beat Royal Challengers Bangalore and are now sitting at no. 3 on the points table. All the Royals fans are super excited as the team will now face the other three champions at the play-offs. So far they’ve won seven matches out of 12. Let’s hope they keep giving their fans a reason to celebrate.

Rajasthan Royal’s Ravichandran Ashwin hit two sixes and four fours against Delhi Capitals in a recent match. Plus, he scored his maiden half-century in this format in just 37 balls! But that’s not why he was trending on the internet. While facing a Delhi Capitals bowler, R. Ashwin had bent so low it looked like he was sitting on an invisible chair!

Now get back to watching the IPL with your family and friends, and stay tuned here for more updates!