KURUVA ISLAND: This small piece of land has been in the news very often for strange reasons. Locals have heard deafening sounds from the forest. Wild animals have landed up at their door, terrified. A few children claim to have seen shining snakes in the trees. People on the mainland said that the islanders are making up these stories to increase tourism and make money. 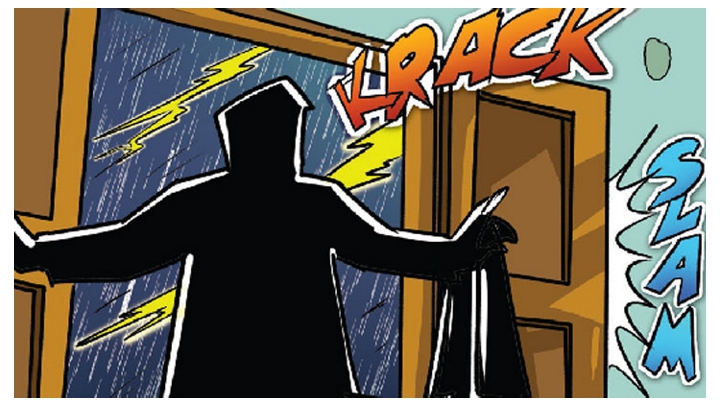 When a Tinkle reporter visited Kuruva Island to investigate these strange claims for herself, Kuruva was rocked by bizarre off-season rains that turned into a deafening thunderstorm. Rain pelted down for hours, submerging the island, and trees started falling like a house of cards. When the rains finally receded, loud crashes were in the distance, like several buildings were collapsing! To make things even stranger, the reporter claimed to have witnessed shining birds carrying children in the sky.

Unfortunately, because we do not have photographic evidence of the event, other news agencies have refused to carry the story, saying the reporter was hypnotized or had a fever dream! However, we stand by our reporter 100 per cent and are fully convinced of the bizarre happenings in Kuruva. In fact, you can read a full account of everything going on there in Tinkle 782, W3.