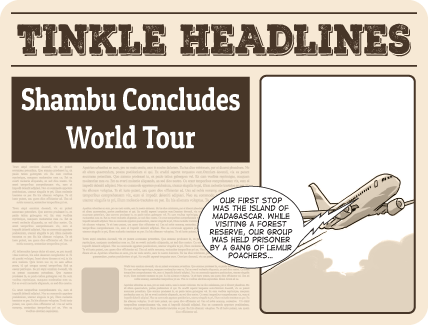 MOROCCO: Shambu, the world renowned conservationist, has been touring the world with his wife, Shanti. After spending several months on tour, it seems that Shambu and Shanti have finally turned their sights back towards home. 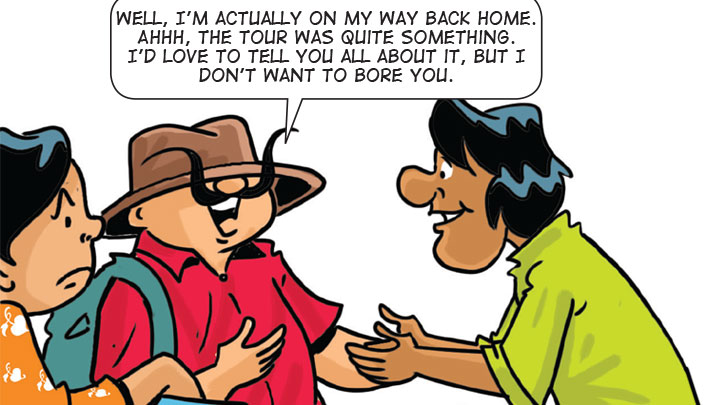 We convinced the legendary conservationist to tell us about his trip so far and all the places he has visited.

“We started our journey from the African island of Madagascar,” said Shambu, “where I led a bunch of bandits straight into the jaws of a Nile crocodile.

“The next leg of our journey took us to Northern Europe, where I used my expertise to save wolverines and foil the plans of puffin poachers and oil barons. Later, in Japan, I triumphed over the viallainous poacher, Toxica, yet again.

“Shanti and I bravely encountered kangaroos, koalas and dingos in Australia, before crossing the Pacific Ocean to the Galapagos islands and Peru in South America, where I solved the mystery of the shaved alpacas. And here we are now in Morocco, on the last leg of our world tour. Did you see my Quickstagram live video with the fennec fox and the little gundis?”

Shambu and Shanti were last reported boarding a plane bound for India. Will Shambu have any adventures on his journey back home? Read “Shambu: Homecoming” in Tinkle 780 W2 to find out.